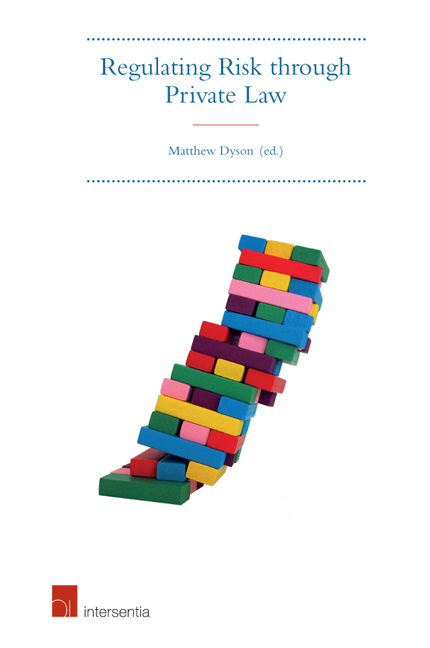 Chapter 20 - What does Risk-Reasoning do in Tort Law?

from Part II - State of the national art on risk

Reasoning about risk simultaneously challenges and enriches our understanding of private law. For our purposes, ‘risk-reasoning’ has meant analysing or explaining a legal phenomenon by reference to risk. Risk-reasoning might add, alter or take away from the law, but how and why does it do so? The core question this volume has examined is ‘what does risk-reasoning do for tort law’? The book has looked at that question from three perspectives:

This chapter explores how our national legal systems have answered these questions. In short, it appears that risk-reasoning offers two different functions. First, risk has a normative function: it justifies and limits liability. It most commonly does so as a test for fault, by asking what risks were unreasonable to take. It is also often a claim that taking/generating/imposing particular risks which then eventuate can generate liability without regard to fault. Riskreasoning can also have effects on tort law, typically by reconceptualising what has been done to the victim (causation and damage/harm/loss), such as by treating loss of a chance or the imposition of a risk as a harm in themselves. Second, it has a non-normative function: claiming both to be more flexible as a form of reasoning and to better represent the reality that the law must govern.

By way of very simple introduction, we might map our legal systems onto a spectrum of how relevant and how overt their risk-reasoning is. Fuller details follow in the rest of this chapter. As a baseline, all of our systems recognise risktaking as part of finding fault.

At one end, representing a minimal role for risk-reasoning in tort liability, we have South Africa. Risk-reasoning is present within tort law, but not strongly influential. While a leading South African jurist, Van der Walt, did urge risktaking be a general ground of liability without fault, no such development has happened. The strong link to Roman law seems to have been a cultural brake against the development of a wide liability for risk-taking or even a general theory about risk-taking and no such theory is evident. South Africa's uncodified legal system has permitted historical, procedurally determined categories which resist substantive analysis and inhibit a unified pan-delictual theory of risk.