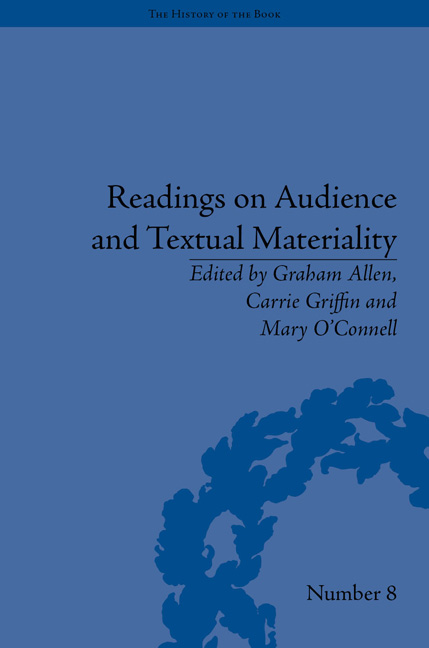 The nineteenth-century pantomime was a complex theatrical event. Each production ran for several months and whilst as a genre it was continually developing, responding to popular taste, and incorporating new theatrical trends and technological developments, its complexity lay in the additional mutability of the individual performances of any one production. Pantomime success relied on regular changes during a run, for example, updating topical references, adding new jokes and physical comic ‘business’ or introducing new novelty acts. Success also depended (as it still does) on a successful and participatory engagement with each audience.

Over the last twenty years there has been an increasing body of work that addresses the concept and definition of an audience and, more especially, the role that that audience plays during a theatrical performance. Those discussions invariably address the relationship of the audience with a performance text, that which has been created by a multiple authorship of directors, designers and performers, plus the audience themselves in terms of responses and reactions. Audience responses are therefore addressed primarily in relation to a predominantly verbal, visualized spectacle. For theorists writing on recent productions, audience responses can be researched via reports but also, advantageously, in direct interviews with audience members. For the historian of the theatre, establishing audiences for past productions is a more problematic issue and yet we still acknowledge the essential difference between an author's text (the initial written dramatic text) and a performance text, always assuming that those distant theatre audiences were responding to a transient performance: the visual not the written text.