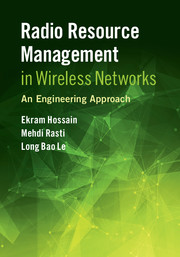 Data communication between two processes (or applications) can be implemented by performing several tasks (i.e., modules) in a hierarchical manner. These modules, when arranged in a vertical stack, form a layered protocol stack. Each layer performs a subset of functions (related to transmission and/or reception) required for communication between the two processes. Such a layer depends on more primitive functions performed by its lower layer, and it also provides services to the upper layers. During the communication process between two processes, the peer layers in the corresponding devices communicate by using a defined set of rules or conventions. This set of rules or conventions is referred to as a protocol at the corresponding layer.

The open system interconnection (OSI) model proposed by the International Organization for Standardization (ISO) [2] defines a generic protocol stack for a data communication network. The OSI model consists of the following seven layers depicted in Figure 2.1: physical, data link, network, transport, session, presentation, and application layers. The lower layers are closer to hardware-based physical data transmission procedures, while the higher layers mostly perform software-based operations. Each layer communicates with its own counterpart; for example, the network layer in the transmitter communicates with the network layer in the receiver. This independently layered structure enables very versatile and reliable networks such as the Internet. In this section, we briefly discuss each of the layers in the OSI protocol stack.

The physical layer is concerned with the transmission of individual bits over the transmission medium. That is, it is responsible for the modulation and demodulation of the signals at the transmitter and receiver, respectively. The modulation and demodulation techniques depend on the physical medium (e.g., whether it is a “wireline” or a “wireless” medium). For wireless communications, modulation techniques such as PSK, PAM, and QAM and their variants can be used (which were briefly discussed in Chapter 1). For communications over fiber optic cables, typical transmitters are laser diodes that can be modulated to switch between ON and OFF states, which correspond to transmission of 1 and 0, respectively.