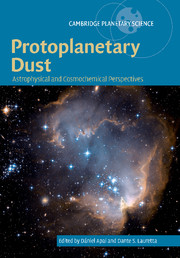 Secondary ion mass spectrometry (SIMS) is a widely used analytical technique in fields such as microelectronics, metallurgy, biology, geochemistry, and cosmochemistry. Major SIMS applications in cosmochemistry are measurements of the isotopic compositions of the light-to intermediate-mass elements and of minor and trace element abundances of nanometer-to micrometer-sized samples. In the context of this book, the major application of SIMS is the study of presolar dust and organics found in primitive Solar System materials. The basic principle of SIMS can be described as follows: the sample of interest is bombarded with primary ions (several keV energy), mostly oxygen or cesium. This triggers a collisional cascade in the target and secondary particles (atomic and molecular ions, neutrals) are emitted from the uppermost layers. The information depth, i.e. from where the secondary particles originate, is typically 5–20nm and depends on parameters such as primary particle energy, angle of incidence, and target composition. Typically, some permil or percent of the sputtered particles are ionized and can be analyzed in a mass spectrometer.

Secondary ion mass spectrometry is a powerful technique, which has several advantages: detection limits are ppm for most elements and ppb for favorable elements, all elements (except the noble gases) are detectable, isotopes can be distinguished, and a high lateral resolution, ranging from ≈50 nm to several μm, depending on the type of instrument and application (see below), can be achieved. Disadvantages of SIMS are its destructive nature and the fact that secondary ion yields vary by more than six orders of magnitude which makes isotope studies of certain elements very difficult or impossible.