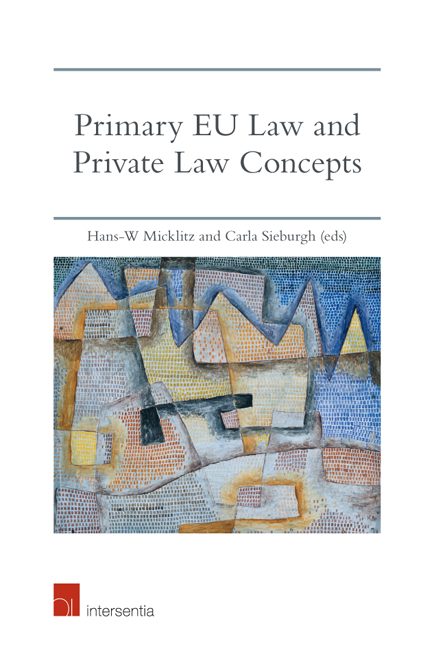 Article 101(2) is the only provision of the Treaty on the Functioning of the European Union (TFEU) dealing with the private law consequences of conduct by individuals. Article 101(2) TFEU provides that agreements and decisions infringing Article 101(1) and not being exempted under Article 101(3) TFEU are automatically void. Article 101(1) TFEU prohibits ‘all agreements between undertakings, decisions by associations of undertakings and concerted practices which may affect trade between Member States and which have as their object or effect the prevention, restriction or distortion of competition within the internal market’. The voidness or nullity referred to in Article 101(2) is an autonomous concept of EU law. However, the TFEU does not give any further information on the characteristics or the consequences of the automatic voidness under Article 101(2) TFEU.

The present chapter aims to analyse the case law of the European Court of Justice (‘Court of Justice’) in order to learn more about the nature, the scope of application, the characteristics and the consequences of the Article 101(2) nullity and its impact on the national law of the Member States. Attention will also be paid to the application of Article 101(2) nullity by national courts and to the analysis of the said article in legal scholarship, as well as to the similarities and differences with national concepts of nullity and the concept of non-bindingness that is used in the Unfair Contract Terms Directive (UCTD). No attention will be paid to the so-called theory of provisional validity which applied before the entry into force of Regulation 1/2003, when Article 101(3) was not directly applicable by national courts. Equally, the issue of the impact of the nullity of an agreement or clause for infringement of Article 101(1) TFEU on related contracts will not be addressed.