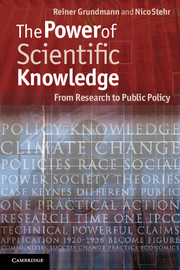 Intense discussions of the social function of science in society can be traced to its very origins. Interest in the practical virtues of scientific knowledge has arisen for obvious reasons. From the beginning of the scientific revolution, scholars, philosophers, and laypersons alike have been vigorously engaged in discussions about the nature of the practical impact of knowledge on social, political, technical, and economic matters. Likewise, the social role of the scientist became a topic for debate. After a period of growing resources for scientific endeavors, especially in publicly funded institutions such as universities, science today is faced with funding constraints. This leads to vigorous competition for scarce resources, and to attempts to find measures and rationales for public spending on science. In this context, claims about the practical efficacy and promise of scientific knowledge are not only turned into crucial symbolic capital – but can also be a matter of survival for some fields of inquiry. Where concerns are expressed about the usefulness of science, this can become a serious liability with regard to competition for economic support, attraction of new generations of students, and societal attention.

Dealing with the question of why knowledge sometimes becomes powerful, and sometimes remains unused or is regarded as useless, the traditional answer was to point to the very success of science and technology in transforming our living conditions. Longer, healthier, and better lives due to scientific discoveries and applications are prime examples. Scientific progress in medicine and other applied fields is paraded as incontrovertible evidence of the usefulness and power of knowledge.