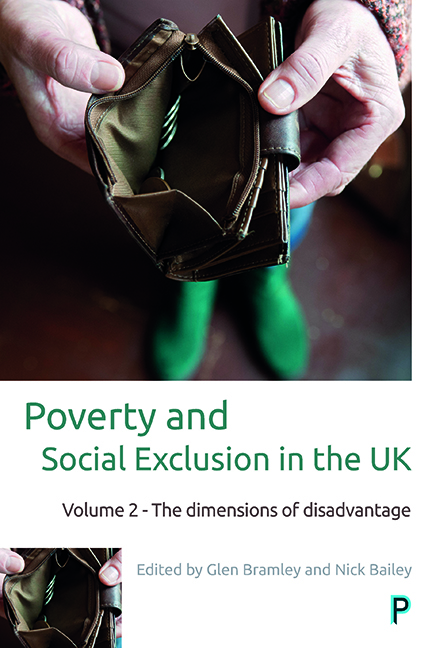 Good quality, accessible local services can provide significant benefits ‘in kind’ to households across the income spectrum and may help to compensate the poor for some material lacks as well as promoting a spirit and practice of common citizenship. Their presence and quality may provide a vital reassurance to people at particular life-stages or with particular needs (for example, for schools, or for health or social care). They may also play a ‘gateway’ role in terms of information, advice, mobility and access to wider opportunities (for example, libraries, Citizens Advice, post offices, transport), as well as significantly advancing quality of life and well-being (for example, parks, recreation, museums). Yet local services are under significant challenge from the austerity budgets of governments since 2010 and from market changes within the private sector, not to mention technological change.

The role of services in providing benefits in kind, sometimes termed a ‘social wage’, may have been understated in some broad theories of welfare state regimes, such as that associated with Esping- Andersen (1990). It has been claimed that such benefits represent an increasingly important part of the real income of poorer households (Sefton 1997, 2002; Bailey and McNulty 2017), and also that the nature of welfare regimes is more complex and diverse than suggested in Esping-Andersen's classic formulation once such services are taken into account (Esping-Anderson et al, 2002; Arts and Gelissen, 2002; Bambra 2005). Recent evidence on ‘the cost of poverty’ in the UK may also be interpreted as underlining the significance of public service spending being skewed towards poorer households in key sectors like health (Bramley et al, 2016). Local services also occupy a key role in theories about social justice and change at an urban and neighbourhood scale, as reflected in a later section within this chapter.

This chapter will assess the current state of local public and private services in 2012 and trends in usage and adequacy since 1999, as well as prospects for the near future. This will reveal a picture of improvements in some areas (especially for children and in public transport) and continuing strength in other areas (retail, core health services), but retreat in the field of general local public services in leisure, culture and information.