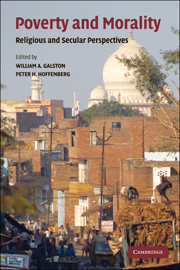 Judaism is a religious tradition focused on a particular people; hence, I report on some practices and institutions of Jewish communities. But the communities were inspired and guided by the covenantal tradition – by allegiance to the Torah (Instruction), seen as God’s revealed words. Thus, my exposition consists by and large in describing and analyzing teachings of the Torah. When at certain points I trace the application of these teachings in Jewish life, this is only to illuminate a norm or an ideal; I am not attempting to produce a history of such applications.

Jewish religion is grounded in Scripture, that is, in the twenty-four books of the Hebrew Bible. But the foundational work of Rabbinic Judaism is the Mishnah (compiled in the Galilee, evidently as an orally recited text, c. 200 ce). While some of its clauses closely follow biblical law (at times, with bold modifications), others contain numerous independent teachings. The Rabbis recognized this duality of core texts and emphasized that the “Written Torah” must be joined with the “Oral Torah.” The latter contains not only the Mishnah but also accompanying works, including collections of midrash – detailed and often free-flowing biblical interpretations and commentaries. The classical Rabbinic tradition culminates in the twenty-volume Babylonian Talmud. Here each clause of the Mishnah is explored in detail, and reasons are provided for the different opinions in myriad arguments (mostly left unresolved). Following the Mishnah, the bulk of the Talmud is dedicated to normative discourse, called halakhah; but about a third of it is devoted to aggadah: stories, lore, homilies and more.