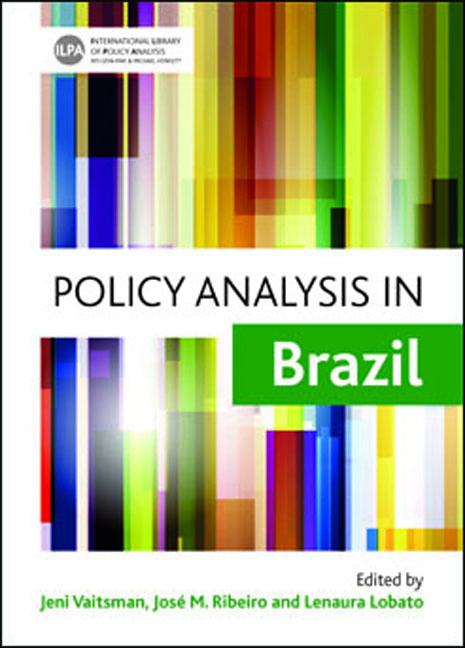 five - Policy analysis and governance innovations in the federal government

This chapter analyses how the planning and budget area of the Brazilian federal government goes about the process of identifying issues, setting agendas and conducting internal and external discussions about policy solutions. We address the main features of the production of policy analysis and policy alternatives as employed by the federal government, using the case of the Ministry of Planning, Budget and Management (Ministério de Planejamento, Orçamento e Gestão; MPOG), chosen because of its institutional role in strategic coordination of the state apparatus and its acknowledged political weight within the public administration.

Our study is based on the collection and analysis of documents produced by the MPOG and available on its official site in May 2011. Results indicate that the most prevalent issues related to public sector reform, governance innovations and efficiency and transparency in the federal public sector, all of which are subjects closely associated with the familiar debate on state reform. Many of the discussions in the analysed documents were, however, characterised as dealing with the revitalisation of the state or, in most cases, administrative reform.

It is worth underscoring that our document set was drawn from a period that coincided with the political environment of sharp polarisation among the leading parties that has characterised recent administrations (addressed in other chapters of this book). In this regard, the discussion of alternatives on the MPOG's predominant agenda provides valuable clues about how policy analyses and their internal and external diffusion are processed by one of the key ministries within Brazil's central government.

An examination of this set of documents suggests that authors holding more powerful decision-making positions often produce analyses and solutions that are patently incremental in nature, implying a lower political cost. In contrast, documents produced by authors from intermediate echelons or at a remove from the decision-making centre put forward ideas that entail profound changes, admitted as issues by major decision-makers. Accordingly, documents produced by authors more distant or absent from the power centre deal in solutions with a higher political cost, such as asset reform and financing and provision split.

This picture is consistent with the widespread perception among policy analysts and scholars that politicians and government staff produce alternatives that minimise conflict and are intended to solve issues on the policy agenda only partially.