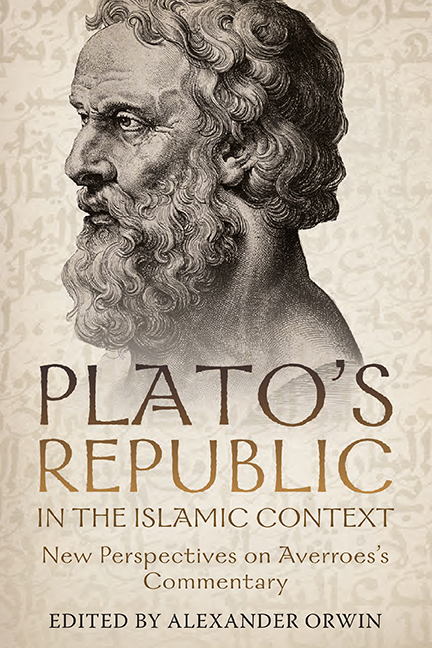 Plato's Republic occupies a central place in the study of political philosophy. From antiquity down to the present day, it has remained one of the most frequently read, taught, and interpreted books in the philosophical canon. It is therefore both perplexing and unfortunate that the greatest medieval commentary on the work remains so little studied. Averroes's Commentary on Plato's “Republic” provides a worthy subject for the present anthology, which, as far as we know, represents the first scholarly collection of its kind.

Averroes was by no means the first of the Muslims falāsifa to study the Republic. Inspired by Alfarabi's claim that Platonic philosophy was the true philosophy, generations of medieval Islamic falāsifa strove to understand and expound the Republic. But Averroes alone has bequeathed a full-blown commentary on Plato's most famous work. Even Alfarabi, who made such frequent and profitable use of Plato, has left us a commentary only on Plato's Laws. So while Averroes's Commentary on Plato's “Republic” clearly shows the influence of his predecessors, most notably Alfarabi and Ibn Bajja, it takes the project of commenting on Plato a step further. At the same time, Averroes's inimitable creation is far from being a simple commentary. It is divided into three treatises, the first corresponding roughly to books 1–5 of the Republic, the second to 6–7, and the third to 8–10. But in no case does Averroes simply replicate Plato's argument, without some additions, subtractions, or changes of his own. Most dramatically, Averroes omits many of the most memorable passages of the Republic, such as the opening discussion of justice, the divided line, and the Myth of Er. He also adds a wide variety of arguments for which one looks in vain in Plato, including a digression of some fifteen pages in the center of the work and an original account of the nonvirtuous regimes. Some of these insertions may be traced to Aristotle and Alfarabi, but others appear to be Averroes's own.

Averroes's deviations from the original text of the Republic, combined with the puzzling absence of any medieval Arabic translations of the dialogue or any unimpeachable testimony to their existence, has understandably led some scholars to doubt his access to the dialogue, at least in the form that it has come down to us.