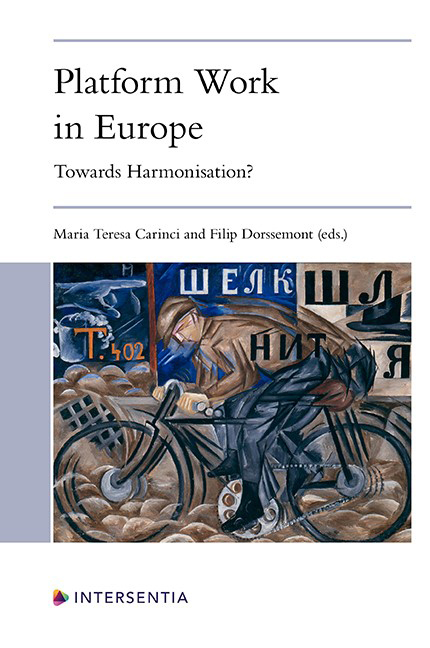 THE EXTENT OF ‘PLATFORM WORK’

Before examining the legal issues that platform work poses, it is necessary to first ask (as do all the national reports on the matter in this book) what the current extent of the phenomenon is and, thus, concretely, how many ‘platform workers’ there are.

All national reports highlight the lack of official statistics on the quantitative impact and growth of the introduction of ‘platform work’ on the active population concerned.

One of the main reasons for the lack of official data lies, in all probability, in the fact that – as is well known – most of the workers used by the platforms have a self-employment relationship with a platform and often even a totally informal relationship. This makes data collection extremely difficult. Only unofficial estimates can thus be used.

Unofficial data specific to each country shows that the estimates for each country are very divergent from one survey to another.

Data on the percentage of the active population involved in the gig economy is most common. It is complemented by data that distinguishes between workers who are mainly dependent upon the income derived from platform work and those who gain complementary income from platform work.

The overall tendency is that the proportion of gig workers is growing rapidly, although it usually never exceeds 5 per cent, with the exception of a Trade Union Confederation report that indicates a tantalising 9.6 per cent of the adult population in UK and also 10.4 per cent of the active population in Germany, according to a COLLEEM survey carried out in 2018.

All in all, the dominant feature is that of a male and less-than-middle-aged worker.

If the numbers are, therefore, growing rapidly, it is urgent to ask what these workers’ status is and what applicable individual and collective protections they have.

SUBJECT MATTER OF THE RESEARCH: ‘WORK VIA PLATFORM’

A juridical debate must begin with definitions. We must, therefore, first ask ourselves what is meant by the term ‘platform work’.