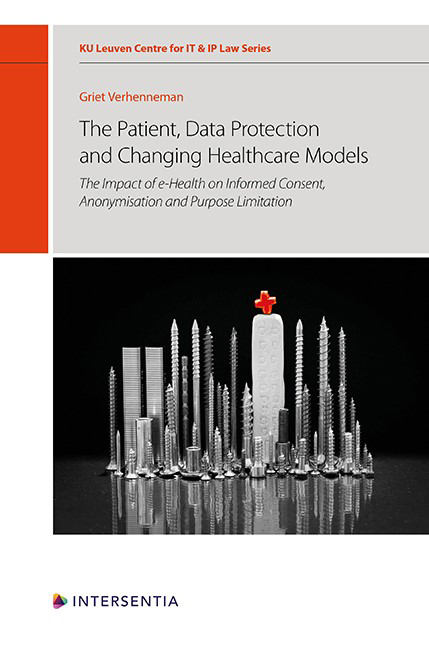 The Patient, Data Protection and Changing Healthcare Models
The Impact of e-Health on Informed Consent, Anonymisation and Purpose Limitation
Buy print or eBook[Opens in a new window]

Chapter I - Informed Consent, a Means to Empower the Patient?

Introduction – Informed consent is a concept omnipresent in Western healthcare. Today, patients are asked to consent to treatment, the participation in research and sometimes the processing of their data. At least at the level of theory, it is considered an important mechanism to achieve patient empowerment. At the same time, it has been a source of controversy and debate. While the concept first emerged in bioethics as a liberal, innovative idea to support patient autonomy as a counterpoise to the doctor-knows-best way of thinking, it was also a way to formalise agreement rather than accommodate choice. Today, the concept of informed consent is adopted as a legal requirement by frameworks on, for example, clinical trials, patients’ rights, and bio-banking, to expresses the idea that an action involving a patient is not justifiable without that patient's permission or agreement.

For the same reason, the concept of informed consent was also included as a fundamental principle of ethics in (inter)national policies on good clinical practices and (national) deontological codes for healthcare practitioners. Informed consent allows the patient to express agreement or disagreement. In data protection law too, informed consent has been adopted to provide the data subject with the ability to express agreement or disagreement with certain processing operations. It is a concept that must allow informational selfdetermination. Therefore, it must represent a real choice. It seems insufficient for consent to be a formalisation of agreement. However, in data protection law, the need to obtain individual agreement with data processing operations is – different from any other conceptualisation of informed consent in the field of medicine – not always present. It depends on the balance struck by the European legislator between data subjects’ interests and other interests. Informed consent to data processing is (merely) considered one out of six legal bases that can justify data processing operations. In contrast, as a fundamental principle of modern medical ethics, informed consent seems to be considered a necessary safeguard for all situations except those in which it is impossible to obtain informed consent because of the patient's health condition.