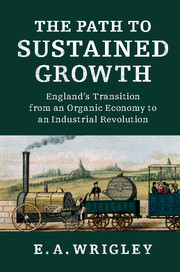 6 - Demography and the economy

The demographic characteristics of a society may have an important bearing on its prevailing standard of living and economic growth prospects. This was an issue explored by Hajnal in his remarkable essay on marriage in western and eastern Europe, published in 1965. He was intent on exploring the nature and significance of the west European marriage system. Table 6.1 reproduces the table that appeared on the first page of his essay.

The differences between the two marriage systems are striking. They are especially pronounced in the case of women. In the western pattern, approaching half of the women in the age group 25–29 are unmarried, and this remains true of roughly a sixth of women even in the 45–49 age group. In eastern Europe in both these age groups the proportion of women who had never married was negligible. Hajnal provided evidence that what was true of eastern Europe was true of almost all societies elsewhere in the world for which he had reliable data. The difference in proportions ever married in the two systems clearly implies wide differences in the average age at first marriage. Hajnal noted, for example, that in Serbia, in 1896–1905, the decade centred on the year for which Table 6.1 shows percentages single, the mean age at first marriage for women was 19.7 years. In the west European marriage system the average female age at first marriage, though it varied considerably, was three to eight years later in life.

Hajnal noted that: ‘There was a widespread conviction among eighteenth-century authors that European conditions were fundamentally different not only in marriage, birth and death rates, but above all in standards of living, from those obtaining elsewhere in the world.’ He was, however, very conscious of the lack of empirical evidence to enable the issue to be explored effectively, not least because reliable demographic evidence for earlier centuries was so slender. Since his essay was published much new research on the west European marriage system has been carried out. It has become clear that the system had existed for centuries in some countries rather than being of recent origin, as Hajnal supposed. Even though exponential growth was physically impossible in organic economies, the prevailing standard of living was not foredoomed to be depressed close to bare subsistence for the mass of the population in societies in which the west European marriage system had become established.