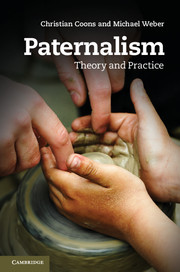 John Stuart Mill famously decried paternalism of any kind, whether it is carried out by private individuals or the state:

[T]he sole end for which mankind are warranted, individually or collectively, in interfering with the liberty of action of any one of their number, is self-protection . . . the only purpose for which power can be rightfully exercised over any member of a civilized community, against his will, is to prevent harm to others. His own good, either physical or moral, is not a sufficient warrant.

Equally famously, critics have charged that Mill’s utilitarianism is inadequate to ground such an absolute prohibition. If there is a case for an absolute ban on paternalism, many have thus thought, it must be grounded instead in the fundamental importance of one of a family of considerations that includes liberty, freedom, and autonomy. However, it is unclear whether this move really helps, or so we will suggest.

This mere snippet from the historical debate is enough to show that paternalism is a topic that engages deep philosophical issues in normative ethics and political philosophy, including the significance and nature of freedom and autonomy, and the relation between individuals and the state. But interest in the topic is of course not primarily due to its theoretical depth. Instead, it is due to practical considerations. A wide variety of policies and laws in the United States and elsewhere are considered paternalistic, and are controversial for just that reason. For instance, there are laws that require motorcyclists to wear helmets and passengers in cars to wear seatbelts. Government agencies regulate both prescription and recreational drugs. Taxes are levied on cigarettes, and bans on trans-fats have been enacted. Participation in pension programs, such as Social Security in the United States, is mandatory. Mill’s negative view of paternalism is reflected in some identifying policies along these lines as part of an ever-growing “nanny-state.” Because paternalism in this way raises significant theoretical and practical concerns, it has been a topic of long-standing interest to moral and political philosophers as well as political actors and the lay public.