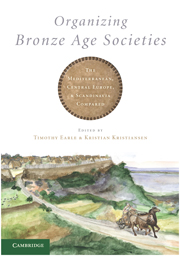 This chapter discusses the similarities and differences in the household across the three regions. The household is approached as a significant basic element of these societies, and the chapter will use the data provided by the case studies to explore and characterise this in detail. Excavations have traditionally revealed scant evidence about the ‘workings’ and character of the household, but the systematic approach to sampling employed in these case studies makes it possible to begin outlining such characteristics. The aims are to consider variations in how the later prehistoric households, as a nexus of social and economic activities, functioned and to identify spatial characteristics. Particular attention is paid to architectural elaboration of the house as, for example, internal divisions and furnishings provide clues about the organisation of activities within and around the house. The spatial distribution of different classes of artefacts and of food remains at different stages of their processing are also considered to understand how the household operated.

Substantial variation existed in the settlement organisations in different parts of Europe during later prehistory, as discussed in Chapter 4. We may, therefore, expect differences in the characters of the households as settlement organisation provides some of the social framework within which households functioned. As a background to the analysis of the household, therefore, differences between the three areas must be compared. In Scandinavia, the Early Bronze Age household is part of a system of dispersed open settlements, which were usually composed of one or a few single farmsteads with some evidence for additional buildings. Using ideas formulated by Gerritsen (1999:291) categorised such organisation as ‘house-based societies.’ In contrast, the Hungarian case study had densely occupied settlements, which appear to have little evidence of differentiation among dwellings and apparently little internal hierarchical organisation. In Sicily, on the other hand, the household is set within a densely occupied, semi-urban settlement with differentiation between individual households. These later prehistoric households, irrespective of other similarities or differences, have to be understood as integrated within different social and political structures.