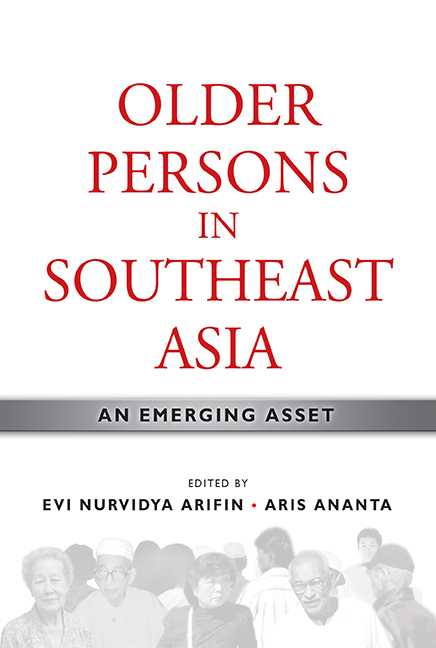 In the twenty-first century, the ageing population has become a global phenomenon. Its economic, social, and political impacts are apparent in almost all countries. Worldwide, the proportion of population aged sixty and over is growing faster than any other age groups. Looking towards the future, the growth rate of the ageing populations in Southeast Asia will also accelerate, and some countries will even reach higher rates than in developed countries. The heterogeneous feature of Southeast Asia indicates that some countries will be demographically “advanced” but economically developing. To some extent this will incur certain economic, social and political burdens and perhaps even impede economic growth, adversely affect social cohesion, and even endanger political stability, if not anticipated with appropriate policies and programmes.

Rapid ageing in Southeast Asia is also accompanied by other underlying social, political, economic and technological transitions. There have also been a rising number of studies on ageing in Southeast Asia, raising many fundamental questions. How does the elderly population remain independent and active economically and therefore reduce the burden of the younger population? Will the rapid increase of the pace and stages of ageing population bankrupt the health care services and social security systems? How will the change in norms on family affect the financing of the elderly population? Can we promote the growing size of older persons as a possible asset for development? This book contributes to a better understanding of ageing populations in Southeast Asia, especially in one particular, and very important, aspect of ageing communities — the financing of the older persons and the possible transformation of older persons from liabilities to assets. The book also concludes that active ageing is one of the aims of the development, as well as an important means to solve the financing issues of the older persons. This book offers a much wider understanding of financing older persons from the social, cultural and political perspectives. It provides valuable insights not only for Southeast Asia, but also elsewhere in this era of the “ageing century”.

The chapters in this book were first presented in a two-day international workshop on “Financing Issues for an Ageing Society in Southeast Asia” on 3–4 September 2007 and a half-day public seminar on “Financing Ageing Population in the ASEAN Community” on 5 September 2007 at the Institute of Southeast Asian Studies (ISEAS), Singapore. The workshop and seminar were organized by ISEAS.