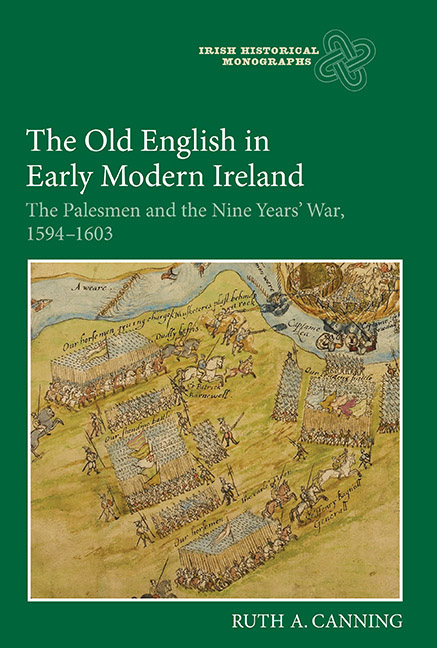 The Old English in Early Modern Ireland
The Palesmen and the Nine Years’ War, 1594–1603
Buy print or eBook[Opens in a new window]

6 - Office and Influence: Defending a Tradition of Privilege

Sixteenth-and seventeenth-century England witnessed what Lawrence Stone called ‘the crisis of the aristocracy’. According to Stone, between 1558 and 1640 the Tudor and Stuart aristocracy underwent a social, economic, and political transformation brought about by the rise of the ‘middle classes’ and a decline in the wealth and respect commanded by the old élite. The Tudor nobility, and their shifting role in society, has been scrutinised intensively since Stone's seminal work but, like Stone's book, these later studies have been geographically limited to the island of Britain and have failed to take account of the nobility and gentry living in Ireland. Although they experienced the centralisation of the Tudor state in remarkably different ways, Ireland's Old English élite were very much a part of Tudor noble society and its factional political networks. They constitute an inconvenient anomaly for the study of Tudor politics due to their location, ancestry, and complex cultural affiliations, yet their experiences were no less significant to the course of English political history. These distinctive traits make them all the more worthy of inclusion since they offer an alternative narrative for the history of Tudor noble culture as it has thus far been understood. Far from being cut off from political trends obtaining in England, it is possible that the crisis of the aristocracy was even more traumatic for Ireland's Old English nobility. Unlike their counterparts in England, the Old English existed on an isolated island periphery unencumbered by the personal presence of their prince; so isolated in fact that only three reigning English monarchs had visited Ireland since the twelfth-century Anglo-Norman invasion. When urgent need arose, sporadic interventions had been made, yet the intrusion of deputies and commissioners from England was rarely lasting. As a result, upholding the English crown's right to the lordship of Ireland had fallen to the descendants of the original Anglo-Norman colony. Charged with preserving the administrative, judicial, and martial legitimacy of English overlordship, the Old English nobility were permitted an enormous amount of independence and authority, and certainly far more than their counterparts living in southern England.