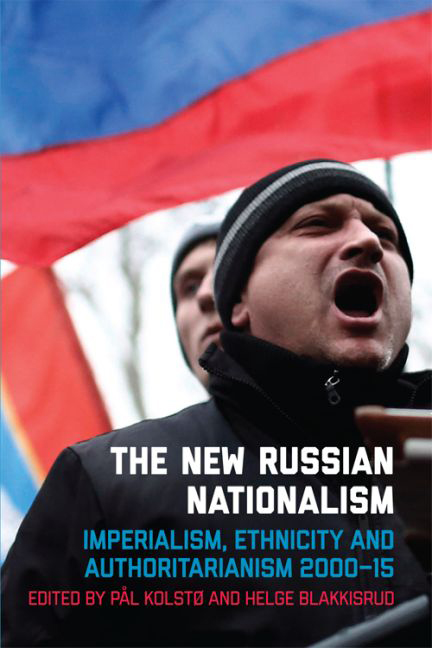 9 - Blurring the boundary between civic and ethnic: The Kremlin's new approach to national identity under Putin's third term

Traditionally, the Russian – and later Soviet – state has always relied on an imperial approach to the ‘national question’: on loyalty to the state and the dynasty/Communist Party rather than to an ethnically defined community. For a long time, the Romanovs tended to treat all instances of Russian ethnonationalism with considerable scepticism; the very idea of casting the nation in ethnic terms appeared antithetical to their dynastic understanding of the state (Kappeler 2001). And despite their purported ‘ethnophilia’, Soviet nation-builders repeatedly denounced all expressions of ‘Great Russian chauvinism’ (Slezkine 1994). The breakup of the Soviet Union did not immediately change this. After 1991, the multi-ethnic ‘Soviet people’ was replaced by an equally complex and multi-faceted ‘Russian’ (rossiiskii) civic identity intended to encompass everyone residing within the borders of the new state (see, for example, Tolz 2004; Rutland 2010; Shevel 2011). However, as the dust settled and the Soviet overlay started to wear off, a re-appraisal gradually began to take place.

This chapter traces the evolution of President Vladimir Putin's approach to the Russian national idea and national identity after his 2012 return to the Kremlin – a period during which, against a backdrop of internal and external challenges, with the mass protests in Moscow and St Petersburg after the 2011 State Duma elections and the evolving crisis in Ukraine, the Kremlin undertook a re-calibrating of its understanding of the national ‘self’. Based on a reading of Putin's programmatic speeches on national identity, I argue that traditional ethno-political correctness, associated with a civic, multi-ethnic and multi-confessional identity, has been increasingly challenged by a shift in focus towards the traditional ethno-cultural core of this identity: its ‘Russianness’ (russkost’). That said, I find that the Kremlin clearly stops short of pursuing clear-cut ethnonationalism. Instead, to maximise its room for manoeuvre, the Kremlin has been deliberately blurring the borders of the Russian ethnic ‘self’, making it possible to re-interpret this ‘self’ as something more narrow but also broader than the body of citizens of the Russian Federation.