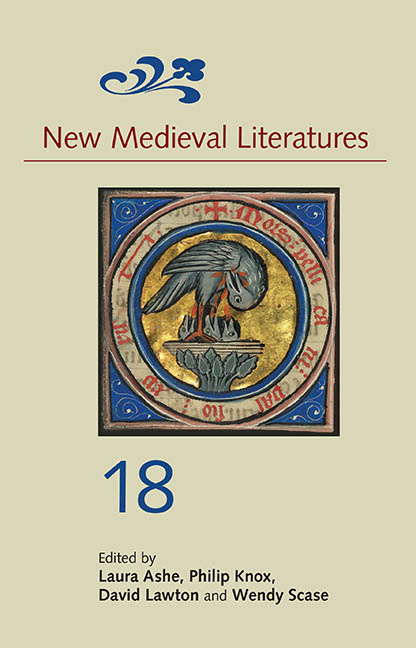 3 - The Songs of Godric of Finchale: Vernacular Liturgy and Literary History

A typical hermit saint, Godric of Finchale is plagued by demons. When the demons come, they taunt Godric with all the temptations of the flesh, and more hurtfully, they accuse him of being illiteratus, illiterate. Worst of all, one demon has the temerity to brag that he is perfectly able to chant the psalter as well as Godric: ‘O rustice, tam bene novi ego psallere, Godrice, sicut tu!’ (‘Peasant! I can learn to chant the psalter just as well as you, Godric!’). Like the demons, his monastic biographers also accuse Godric of being illiterate: Michael Clanchy has noted that ‘his chief biographer, Reginald of Durham, quite often describes him without malice as laicus, illiteratus and idiota’. This characterization extends beyond letters into music: he is described as ‘omnino ignarus musicae artis’ (‘completely ignorant of the art of music’). Modern scholars have tended to agree with this characterization. However, Godric was a man of the world. Formerly a merchant – some have said a pirate – before settling down near Durham to the life of a hermit, he made multiple high profile excursions around the Mediterranean and had the common literacy required of successful merchants. Moreover, in addition to this mercantile literacy, Godric did have a monastic literacy: his hagiographer remarks that he went back to school as an adult and learned to chant his psalter. The ability to chant the psalter is central to monastic literacy because it enables monks to participate fully in the liturgy – the daily round of prayers, chants and ritual action that comprise the Divine Office. In the twelfth century, of course, ‘literate’ means ‘Latinate’. Reginald of Durham, in particular, treats the terms litteratus and monachus as if they were synonyms. Godric's lives, however, reveal two parallel narratives about the saint: one in which he is illiteratus and idiota, and another in which he is extraordinarily gifted in words and music. Indeed, to modern ears, it is something of a paradox that despite this insistence on Godric's illiteracy, he is simultaneously acclaimed as the composer of some of the earliest Middle English poetry – the composer, in fact, of the earliest English vernacular songs for which musical notation survives. The discussion that follows, therefore, teases out some of the implications of this paradox and assesses the role that our impression of Godric's literacy plays in our imagination of him as a liturgist.