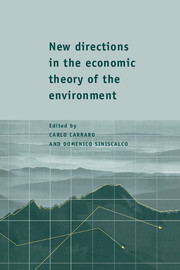 9 - Group formation in games without spillovers

In many social and economic situations individuals form groups rather than operate on their own. For example, individuals form communities in order to share the costs of production of local public goods, or workers join a labour union in order to attain a better working contract. In fact, firms are coalitions of owners of different factors of production, political life is conducted through a rather complicated structure of political parties and interest groups, and households are actually coalitions of individuals.

The reason for the existence of groups which contain more than one agent but less than the entire society lies in the conflict between increasing returns to scale provided by large groups, on the one hand, and heterogeneity of agents' preferences, on the other. Indeed, it is often the case that firms create joint research ventures rather than conducting R&D independently in order to extract the gains from cooperation and obtain access to a larger pool of resources. However, given the heterogeneity of agents' tastes, the decision-making process of a large group may lead to outcomes quite undesirable for some of its members. This observation supports the claim that, on many occasions, a decentralised organisation is superior to a large social structure. Instead of a grand coalition containing the entire population, we often observe the emergence of group structures which consist of groups smaller than the entire society. Another example is that of political games, where voters have preferences over the policies that will be chosen and parties pick their ‘ideological positions’ so as to attract voters.