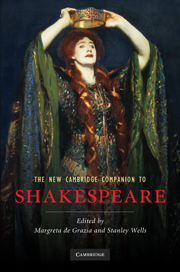 3 - Shakespeare’s writing: from manuscript to print

Most contemporary audiences know that films need stars and money; directors, producers and script writers also play some sort of a part. But how many audiences actually know or care what the 'best boy' does or even how long it takes to make a film? In late sixteenth-century and early seventeenth-century England, general or popular knowledge of how plays reached the stage may well have been just as limited. It is probably a mistake to suppose that audiences or readers had a strong sense of the processes by which plays came into existence, were licensed and realized on the stage, and under what circumstances they were transmitted to the page: these may have been matters of relative or of complete indifference to them.

Like any mass-market commercial enterprise, the pre-Civil War theatre was not static: it sprang to life in the later 1580s and continued developing and changing right up to the closing of the theatres in 1642. This makes generalizing about writing and theatrical and publishing practices particularly difficult: what happened in the 1590s, say, may well have borne no relation to what went on in the 1630s and vice versa. Similarly, the surviving evidence is very limited, and it is dangerous to draw firm conclusions about one part of it from another. For example, the entrepreneur Philip Henslowe's 'diary', an enormously important and valuable set of accounts for 1592-1603 that survives with a mass of associated documentary material at Dulwich College in south London, reveals a great deal about what went on in his theatrical empire at the Rose theatre and elsewhere.