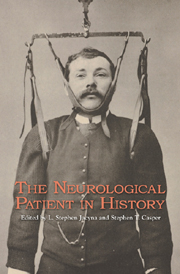 7 - The Psychasthenic Poet: Robert Nichols and His Neurologists

from Part Four - The Patient Constructs the “Neurological Patient”

This chapter is concerned with a particular neurological patient, the poet, dramatist, and self-confessed neurasthenic Robert Nichols (1893-1944). Nichols can be seen as representative of the functional cases that still fell within the purview of British neurologists in the early decades of the twentieth century. Because Nichols's first contacts with these neurologists came in the aftermath of his experience of modern warfare, his case may be seen as an aspect of the history of traumatic neurosis. Above all, however, Nichols provides a particularly rich instance of how an immersion in the language and practice of psychology provided the means to contrive new forms of identity. The resources through which Nichols achieved this new sense of self were not entirely textual in nature. They also flowed from a series of interpersonal transactions that included, yet transcended, the clinical encounter. Through a study of the bodily performances, as well as the words, of his doctors, Nichols sought to remake himself in their image.

The main source for exploring these interactions are the copious letters Nichols sent to Henry Head (1861-1940), the chief of his neurologists. This correspondence began during World War I and continued into the 1930s. In contrast, relatively few of Head's letters to Nichols have survived. For most of the period covered by this correspondence, Head was unable to write because he had succumbed to Parkinson's disease. Numerous letters to Nichols from his wife, Ruth, do however exist and give some indication of how Head responded to the outpourings of his erstwhile patient.