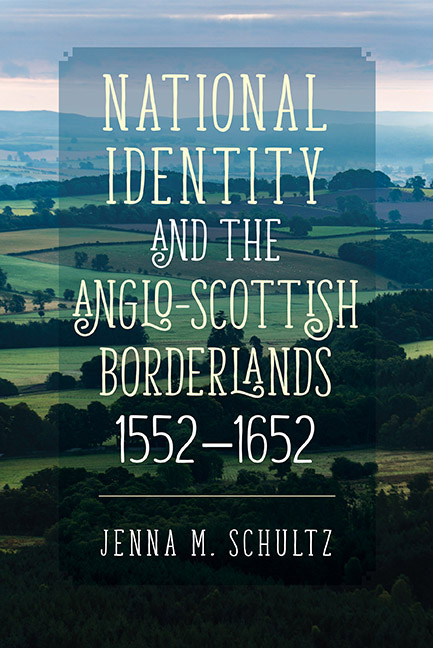 Before we come into Scotland, we must of necessity passe thorough [sic] that Battable ground, lying betwixt both Kingdoms, called the Borders, the Inhabitants whereof are a kind of military men, subtile, nimble, and by reason of their often skirmishes, well experienced, and adventurous … Besides, there were divers here living, which acknowledged neither King; but sometimes were Scots, sometimes English, as their present crimes and necessities required protection or pardon.

In Englishman Peter Heylyn's 1652 work, Cosmographie, he endeavoured to describe the history of the world. After detailing biblical stories about Creation and the peoples of ancient lands, he divided the rest of his book by contemporary region and kingdom. Heylyn incorporated accounts of both England and Scotland, but differed from other cosmologists and geographers of the period. Unlike his fellow scholars, he included a separate section devoted to the Anglo-Scottish Borders. Decades after the Union of the Crowns, the author still viewed the borderlands as unique and different, and communicated his views to the literate populace. In this section of his work, Heylyn outlined the history and governance of the Borders. He remarked upon centuries of warfare and bloodshed between England and Scotland that centred upon control of the region. The ‘blessed mariage [sic]’ of the kingdoms in 1603 had ended territorial claims and the need for unique administrative positions. However, from his perspective, the ongoing wars had created two militant peoples who still displayed their hatred for one another. Heylyn centred much of his description of the region on its people, the borderers. To him, the individuals living at the crossroads of Anglo-Scottish interactions were key to understanding the area.

Like Heylyn, this chapter argues that the crown, local officials and persons engaging directly in the borderlands framed the local populace as a representation of the region itself. Heylyn's account noted the unique characteristics of the borderers, impacting the reader's understanding of the area as somehow distinct from the rest of the island. Yet life in the Borders did not necessarily correlate to a unified populace or a regional identity. Deeply entrenched social practices imposed restrictions on cross-border exchanges, consequently serving to reinforce the borderline. As such, national identities remained strong. Claims of violent acts and negative stereotypes perpetrated by individuals in the opposite realm only furthered the level of mistrust and animosity that did not disappear after the union.