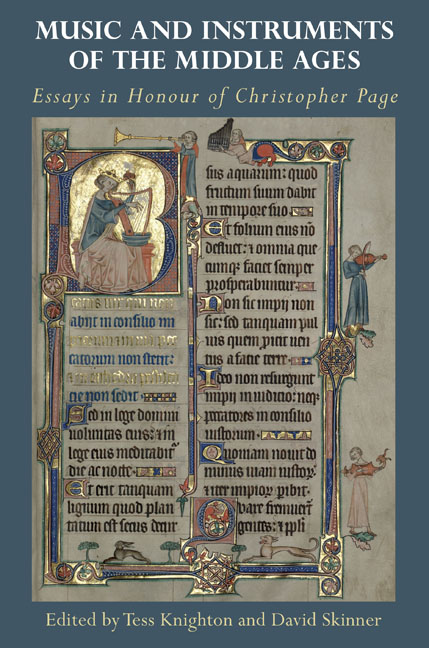 The conductus repertory of the twelfth and thirteenth centuries consists of around 180 two-voice compositions and around 110 for three voices. Among these are a group of five compositions that exploit both two-voice and three-voice writing in the same work. The five variable-voice conducti, as they might be called, are ‘Naturas deus regulis’, ‘Ortu regis evanescit’, ‘Relegentur ab area’, ‘Salvatoris hodie’, and ‘Transgressus legem domini’. Of the three stanzas that make up the poetry of each, the first, or first two, are for three voices (prima pars) and the third, or last two, are for two voices (secunda pars). In the manuscript Wolfenbüttel, Herzog-August-Bibliothek (D-W) 628, three stanzas of each of the five works are presented successively with the implication that they should be performed that way. In Florence, Biblioteca Medicea-Laurenziana (I-Fl) Pl. 29.1, however, the three-voice sections are found in the fascicle of the manuscript dedicated to three-part conducti whereas the two-voice sections are found among the manuscript's collection of twovoice works; there are unambiguous cues that link the two partes together. Other sources preserve different configurations of poetry and music.

Although the scribes, performers and other users of D-W 628 and – less clearly – I-Fl Pl. 29.1 might have thought of the variable-voice conductus as a coherent entity, and to be performed that way, examination of the works in all their surviving forms shows that their thematic and structural features are more variable than one might expect from the multistanzaic conductus in general. The following questions arise: was there a reasoned plan to create conducti that exploited both two- and threevoice textures, or was there a more opportunistic background to the appearance of the variable-voice conductus? Judgement of both alternatives is predicated on the similarity or dissimilarity between the individual compositions, and addresses the issues of whether these five variable-voice conducti constitute a sub-genre in the same way as, for example, the conductus cum caudis or the monophonic conductus. This strikes at the heart of the relationship between the performance, composition and reception of polyphonic music in the thirty years either side of 1200.