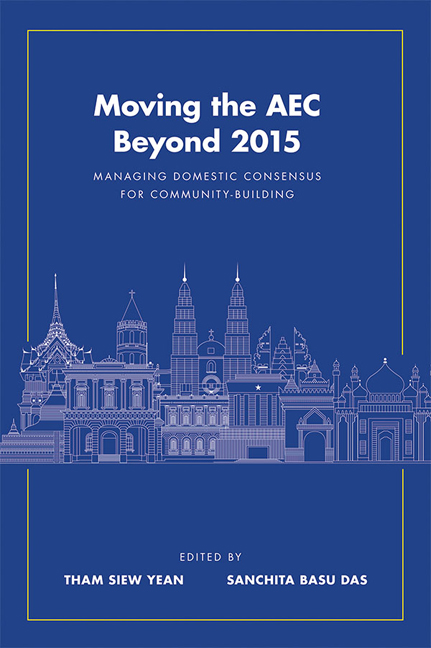 6 - The AEC Beyond 2015: Implementation and Challenges for Singapore

Given its small-size and dearth of natural resources, Singapore's development strategy was to create an open economy, with the world and the region as its hinterland. This has enabled Singapore to progress from a third world city-state, at the beginning of its political independence in 1965, into a first world economy. Decades of growth have transformed a regional entrepot into an export-manufacturing platform, a services hub and a knowledge-based economy. The government played a crucial role in this process, initially to jump-start industrialization and increasingly to facilitate economic restructuring. Policy orientation is towards a free-trade and liberal foreign direct investment (FDI) regime, heavy investments in physical infrastructure, human capital to ease supply constraints and achieve competitiveness, a pro-business environment with an efficient and non-corrupt bureaucracy, a stable macroeconomic and industrial relations environment, efficient regulations and a minimal fiscal burden.

Singapore's participation in ASEAN and the ASEAN Economic Community (AEC) is for both strategic and economic reasons. On strategic grounds, ASEAN helps Singapore to achieve its goals of regional peace and stability, and regional cooperation in handling trans-boundary problems of environmental pollution, pandemic outbreaks, security issues and financial contagion. On the economic front, ASEAN economic integration facilitates Singapore's exports and outward investment flows to neighbouring countries and helps anchor Singapore as a key node in regional production networks and as a regional services hub.

For many economies, opening up to globalization and regionalization — with their attendant winners and losers — have engendered strong domestic political economy responses. In the AEC, this is a key reason for the slow and weak implementation of many initiatives. Fortunately for Singapore, the domestic lobbies and pressures hindering implementation of liberalization commitments have been weak. This is in part due to the small size of the city-state and its long exposure to the competitive forces of globalization and regionalization. In part, it may also be attributed to the high trust of Singaporeans in their political and economic leadership, high employment rates and a low incidence of poverty. Hence, as the case studies on the electronics and aviation sectors illustrate, there is very little domestic pressure in Singapore, particularly against the AEC's liberalization process. Instead, pressure comes mostly from Singapore's general approach of adopting non-protectionist measures to manage global competition.