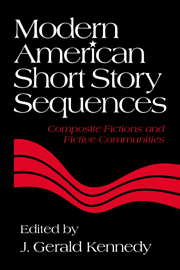 From its publication in April 1953, through the heyday of “the Salinger industry” in the 1960s, and intermittently through the 1970s and 1980s, J. D. Salinger's Nine Stories has proven an unusually seductive text for critical theorizing. Indeed, even those most devoted to Salinger studies, after the first burst of scholarly enthusiasm, welcomed a moratorium on further efforts to interpret Salinger's oeuvre, including this collection for which there apparently could be no final word. What is most striking, after thirty years of critical attention, are the contradictory, even antipodal responses to each of the collected stories. At the heart of Nine Stories is a mystery, perhaps epitomized by the “monstrous vacuole” that the narrator sees below the nose of the Laughing Man.

Further, within each story there lie other mysteries, some trivial, some profoundly complex, but all defying easy solutions. To search for a unifying principle in Nine Stories is to admit that the individual stories must be bent and shaped to conform to a preconceived pattern. But these stories stubbornly resist such attempts. The clue to the cryptic nature of the collection lies in the Zen koan epigraph that subtly instructs the reader to forgo the effort to devise a too logical scheme linking the individual works that follow. Whatever linkage we may find in the stories derives as much from what is missing as from similarities of subject, structure, voice, symbolism, character, milieu, and other literary elements that provoke interpretation. In story sequences, as J. Gerald Kennedy has noted, “recurrent features may disclose differences as readily as similarities.”