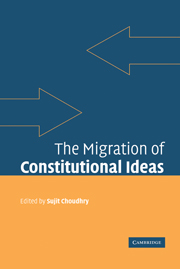 11 - Constitution or model treaty? Struggling over the interpretive authority of NAFTA

At its inception in 1987, Ronald Reagan heralded the Canada-US Free Trade Agreement (CANUFTA) as a ‘new constitution’ for North America. This was not merely an agreement about managing trade interdependence. Rather, President Reagan signalled this was a project with grander political and cultural objectives. It was no great leap, then, to envisage CANUFTA's successor, the North American Free Trade Agreement (NAFTA), as being even more constitution-like, expanding and deepening continent-wide constitutional commitments. The intuition carried greater force in light of NAFTA's new investor-state dispute mechanism, granting foreign investors the ability to sue state parties directly in order to enforce NAFTA's investment chapter (Chapter Eleven). For scholars writing in the Canadian tradition of political economy, it was easy to connect the dots, just as President Reagan had suggested. A steady stream of scholarly production (to which I have modestly contributed) has examined linkages between these new sorts of transnational constraints and domestic constitutional ones. Upon examination, it becomes apparent that a number of NAFTA's investment disciplines even mirror rights available within national constitutional regimes, more particularly, an expansive US version. So this is a politico-cultural project with a particular genealogy. Writers have hypothesized about the implications of this ‘new constitutionalism’ for North America, and the potential enfeebling of Canadian legislative authority that would unfold over time. The emphasis in this work, which I will label ‘constitutionalist’, has been on preserving the particular, the local, or the national in the face of pressures for further continental integration.