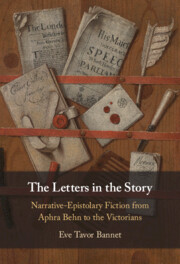 It was not easy to pin down the true identity of an occasional self that normatively acted and presented itself differently on different occasions according to the ever-changing and recombining relations in which it stood to other people – a self moreover, whose occasional character was tirelessly promoted by conduct books prescribing the proper conduct of the same person in different social and interpersonal relations (as master and servant, husband and wife, parents and child, mistress, companion, daughter, sibling or friend, etc.). Considered empirically, such a self was almost inevitably deceptive – as deceptive as only viewing the side of Plato’s table that presented itself to one’s gaze and assuming or imagining the rest. As we saw in the Introduction, Locke described ascriptions of identity to this empirical self as forensic fictions – constructions of some part(s) of the subject that shifted according to the interlocutor, the observer and the occasion on which a self was invoked, and left the subject’s true being as indeterminate and mysterious as “the thing in itself” to an observing eye. As Locke stressed, no one could observe what was really going on inside someone else’s head or heart; and what was going on inside one’s own was changing all the time. The problem was compounded by a culture of politeness, which required the well-bred to conceal their thoughts and passions behind agreeable sentiments, complaisant conduct, and an amiable demeanor. Since polite letter-writers too assumed any character required by the occasion and the relation in which they stood to their addressee(s), letters were paradigmatic instantiations of the deployment of shifting occasional selves, and of the problems of identity they posed, especially since, like people posing on the internet, letter-writers could assume characters that did not exist.