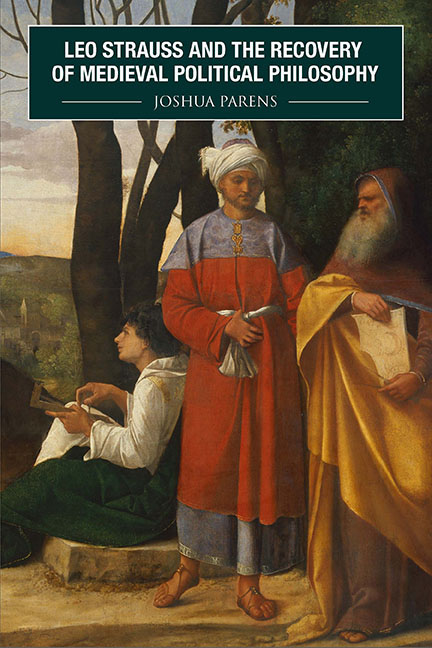 Leo Strauss identifies the theme of his thought and writings as the theologicopolitical problem, but he intentionally avoids defining the problem, leaving it to his readers to piece together. Obviously, it is an allusion to the title of the first work he wrote a book about, namely, Spinoza's Theologico-Political Treatise. The closest thing to a direct indication of the problem is his presentation, in his 1965 preface to the English translation of that first book, of what he calls the “theologico-political predicament” he found himself as a Jew living in Germany in 1925–28. That predicament seems to be the result of the tension between being a Jew and being a German. As he goes on to explain, according to Nietzsche, “I have not yet met a German who was favorably disposed toward the Jews.” In other words, being a Jew was at odds with being a German. Being Jewish, a theological affiliation, despite the apparent success of Jewish assimilation into German life, was at odds with the basic political fact of being a German. Without sophisticated exploration of the Theologico-Political Treatise, it is well known to nearly all scholars how important a role Spinoza played in making Jewish assimilation possible. His attempt to facilitate this political solution of the theologico-political problem seemed to have failed, at least in 1925–28 in Germany. This gap between Jew and German, or between the minority of Jews and the majority of Christians, including largely religiously disaffected Christians at the beginning of the twentieth century, however, seems to be emblematic of a much more enduring problem. Although it is natural for us to assume that what Strauss means by the theologico-political problem must be a problem specific to monotheistic religious communities, evidence exists that that cannot be the case. To begin with, Strauss states in the 1965 preface to the reissued Hobbes’ Politische Wissenschaft that “since then [that is, from before writing the Hobbes book, 1934–35 until 1965] the theologico-political problem has remained the theme of my investigations.” Through the 1950s and 1960s, when most of Strauss's attention had shifted from a focus on medieval and early modern authors to Platonic or Socratic political philosophy, he was still working on that problem.