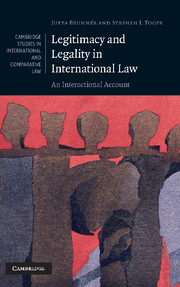 In 2005, in an ‘Outcome Document’ encapsulating the results of a sweeping debate on UN reform, the General Assembly of the United Nations (UNGA) purported to restate the UN Charter framework on the non-use of force in international relations. The UNGA reaffirmed ‘that the relevant provisions of the Charter are sufficient to address the full range of threats to international peace and security. We further reaffirm the authority of the Security Council to mandate coercive action to maintain and restore international peace and security.’ This sanguine conclusion was surprising given that only two years earlier, at the height of debates over the prosecution of the second Iraq war, the UN Secretary-General, Kofi Annan, had opined that the organization and its members were confronting a ‘fork in the road’ as concerns the prohibition on the use of force, and its exceptions.

Debates surrounding the second Iraq war prompted a range of commentators to diagnose the death of the law on the use of force, to call for its adaptation to the globalization of threats and the problem of so-called failed states, and to assert the need to either overturn or defend the UN Charter framework. Our aim in this chapter is not to evaluate in detail the legality of the Iraq war. Others have done so thoroughly. Rather, we are interested in using this intense period of debate as an entry point into the examination of how legal norms are created, upheld, solidified, challenged, and destroyed. In so doing, we will employ the interactional law framework to demonstrate how legal norms operate when confronting problems close to the heart of state interest and state sovereignty. Some shifts in the rules governing the use of force have occurred, but eight years after the events of 11 September 2001 it is evident that they are far less dramatic than anticipated by many commentators. Our framework helps to explain why.