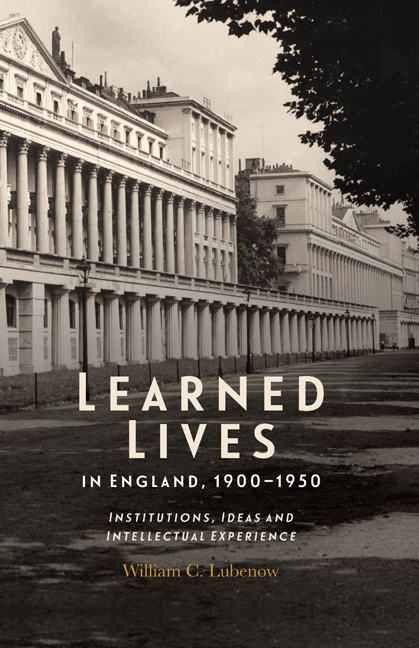 Closed politics. The politics of small groups, where person acted upon person. You saw it in any place where people were in action, committees of sports clubs, cabinets, colleges, the White House, boards of companies, dramatic societies. You saw it perhaps at something like its purest (just because the society answered to no one but itself, lived like an island) in the college in my time. But it must be much the same in somewhat more prepotent groups, such as the Vatican or the Politburo.

[F]or there is assuredly no more effectual method of clearing up one's own mind on any subject than by talking it over, so to speak with men of real power and grasp who have considered it from a totally different point of view.

IN the twentieth century, one might have thought, those diffuse and diverse learned bodies, those relics of the nineteenth century, might have been swallowed up in the maw of Weber's iron cage of bureaucracy. As Weber famously put it:

The face of our times is characterized by rationalization and intellectualization, and above all by the ‘disenchantment of the world.’

But Weber saved himself from himself. He added:

Precisely the intimate and most sublime values have retreated from public life either into the transcendental realm of mystic life or in the brotherliness of direct and personal human relations.

What we find, therefore, in even modest attempts to understand the twentieth-century world of learning, research and scholarship, is that small and informal cognitive social units, far from disappearing or being swallowed up, have thriven in a series of unsystematic systems with deeply riven asymmetrical symmetries at the peripheries and in the interstices of mental life.