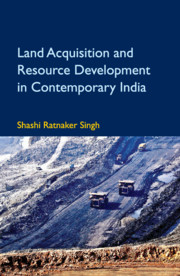 In the last one decade (2005–2015), land acquisition and dispossession have become central questions in India's political economy. However, according to the last available estimate of 50 million displaced (Cernea, 2000a, 2000b; Roy, 2007; Fernandes, 2008) in the last five decades (until 2000), the scale of land acquisition and displacement has accelerated since liberalization. Entrance of private and foreign capital in several sectors, such as infrastructure development, urbanization, industrialization, real estate, mining and so on, has eclipsed public sector projects and led to aggressive penetration of capital and forceful acquisition of land from farming and tribal communities. While many social movements in the 1980s, notably the Narmada Bachao Andolan, constantly provided a platform for the voices of affected communities against dams and public sector projects, they had little success in stopping or halting such projects. However, they did contribute towards policy advocacy, awareness and concerns around displacement, importance of resettlement and rehabilitation policies, safeguard mechanisms and so on, and the mass movement influenced the central and state governments and public sector undertsakings (PSUs) to conceptualize resettlement and rehabilitation (R&R) policies.

What has changed in the last decade is the magnitude of social protests led by the civil society and its opposition around land acquisition projects and their strength in successfully stalling such projects. According to one estimate, 804 projects (CHRI, 2015) across India are held up due to land acquisition, environmental clearance, financial irregularities and other issues. Out of the total stalled projects, 78 per cent are private sector projects and 22 per cent are public sector projects (such as central/state governments, PSUs and so on). As per government estimate in 2011, capital investments worth 3 per cent of India's gross domestic product (GDP) were stalled due to land acquisition issues (CMIE, 2012) and the government considers this as a significant cause of India's economic slowdown and a key concern for the state and capital. The Indian state at this point is caught between the land requirements for industrial investments and assertive civil society protests across India.