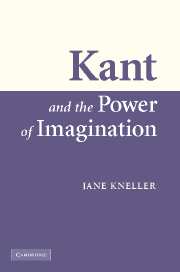 6 - Imaginative reflections of the self in Novalis and Hölderlin

The early (Jena) period of German Romanticism is closely identified with early German Idealism, and with the philosophy of Johann Gottlieb Fichte. The reason for this is obvious enough. Fichte began lecturing at the university in Jena in the spring (Summer semester) of 1794, and work preliminary to his major work, the Wissenschaftslehre, appeared in that same year. His arrival at Jena was anticipated with great excitement, and among the Jena cohort of scholars and students who were inspired by his forceful presence were some whose names were to become inseparably bound up with German Romanticism. The Schlegels, Schelling, Tiek, Novalis, and also Hölderlin all were part of the Jena milieu in which Fichte's work was avidly studied and discussed.

Fichte's philosophy was of course very much influenced by Kant's Critical philosophy (he was hired at the University at Jena as a “Kantian” to replace Reinhold), and by Fichte's concern that a stronger defense of the possibility of practical reason was needed than Kant himself gave. The need for such a move is suggested by Kant himself in the third Critique, where he speaks of a “gulf” separating nature and freedom, and the need for a “principle of purposiveness” if a causality of freedom is to be seen as effective in the natural realm. As we have seen, this principle for Kant is never more than regulative, however, and the question of a common principle uniting theoretical and practical reason in a single system necessarily remains open for Kant.