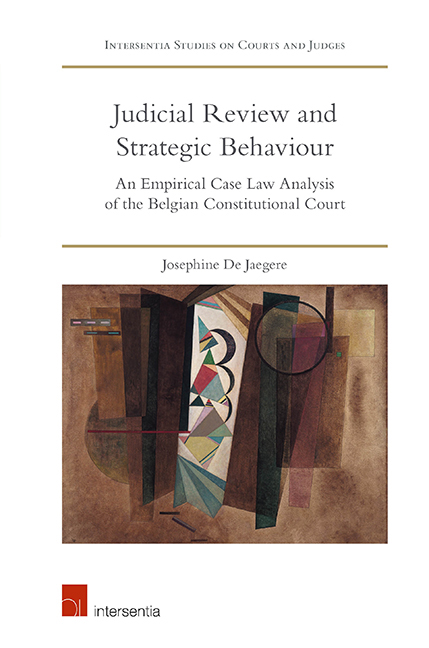 A proper understanding of democratic politics needs to account for the functioning of constitutional courts. These courts play an increasingly important role in democratic policy-making. More specifically, they (usually) have the ability to nullify legislation passed by Parliament and their rulings define a framework of possible future policies. Therefore, improving our understanding of how constitutional courts write their opinions – and in particular how certain case characteristics influence different aspects (outcome, justificatory ground) of the judicial decision in that case – is a relevant research objective.

Traditionally, legal scholarship on judicial review is predominantly normative, concentrating on how courts should decide cases and to what extent they should show deference towards the legislative branch. Political scientists, on the other hand, seem more interested in what motivates judges and which factors influence their decisions. In addition, while legal scholars traditionally use qualitative methods to analyse legal texts and judicial behaviour, political scientists increasingly and predominantly answer their research questions through quantitative methods. Furthermore, in contrast to the extensive body of literature on judicial behaviour in countries with a common law tradition (and especially on the US Supreme Court), there is little systematic empirical knowledge relating to European constitutional courts. The approach in this book is unique since it combines normative ideas on how courts should behave with an empirical analysis of the case law of the Belgian Constitutional Court (BeCC).

On the one hand, this book builds a normative framework, based on insights from deliberative theory, that sets out criteria for evaluating the performance of constitutional courts. In particular, the book discusses several ‘judicial good practices’ that allow the Court to enhance the deliberative component of policy-making. On the other hand, it is acknowledged that normative claims need to have a sensible idea of what may realistically shape judicial behaviour and, therefore, of what can actually be delivered. Legal theories about judicial review profit from a more empirically informed understanding of constitutional courts that builds upon and incorporates knowledge of the forces that shape their decisions.