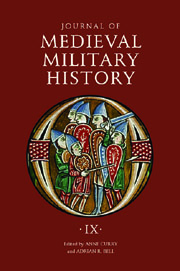 Defense, Honor and Community: The Military and Social Bonds of the Dukes of Burgundy and the Flemish Shooting Guilds

Archery and crossbow guilds are first documented in Flanders in the early fourteenth century, and grew from military origins to become some of the leading cultural and festive groups in late medieval towns. Though the shooting guilds of the fifteenth century maintained a military function, and could become soldiers in ducal armies, they had become social and religious guilds and a vibrant part of late medieval urban culture. The guilds, like religious confraternities, had chapels and paid priests for performing services. And, like craft guilds, the shooters held annual meals, strengthening their unity through commensality. The guilds were an important part of regional festive networks, holding competitions across the Low Countries that could last weeks and bring in hundreds of fully armed competitors. A great deal could be said about the civic and local importance of shooting guilds, but rather than attempt such a huge study here, the focus of this paper will be the military and social interaction between the shooting guilds and the dukes of Burgundy.

Shooting guilds were not unique to Flanders; they are documented across northern Europe. Flanders is, however, the most fitting location for a study of the guilds, firstly because of its numerous detailed archives, from the ducal central archives to town archives to private guild archives, and secondly, because of its urbanized nature: as the most urbanized area north of the Alps, a centre of civic culture and powerful economies, Flanders is an obvious choice for the study of any urban group.