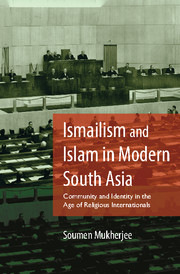 Political Pan-Islamism had its foundations on sand, and could not endure. There is a right and legitimate Pan-Islamism to which every sincere and believing Mahomedan belongs–that is, the theory of the spiritual brotherhood and unity of the children of the Prophet. It is a deep, perennial element in that Perso-Arabian culture, that great family of civilisation to which we gave the name Islamic in the first chapter. It connotes charity and goodwill toward fellow-believers everywhere from China to Morocco, from the Volga to Singapore. It means an abiding interest in the literature of Islam, in her beautiful arts, in her lovely architecture, in her entrancing poetry. It also means a true reformation–a return to the early and pure simplicity of the faith, to its preaching by persuasion and argument, to the manifestation of a spiritual power in individual lives, to beneficent activity for mankind.

Compelled on account of a frail health the young Hazir Imam had to stay away from both military service in World War I as well as an active public service in the historic 1919 constitutional reforms. However, this gave him an opportunity for reflection, one which he thought could be best put to use to design a course to serve his country. The outcome was a blueprint for the reconstruction of India. The outcome, somewhat contrasting his own sedentary phase of life, showed the glimpse of a sense of mobility that he thought was propelling India in a new direction. Written amid the negotiations for political reforms in India and on the eve of the conclusion of the World War I, his India in Transition: A Study in Political Evolution encompasses this sense of locomotion and flux in a key expression announced in the title itself, viz. ‘transition’. World War I was an event that redefined the very nature of modern warfare, and left for the posterity a repertoire of vocabularies – perhaps most importantly, that of right to ‘self-determination’ – that found way into the mental universe of large parts of the colonized world. Thinkers, activists and revolutionaries from the colonial world would henceforth recurrently invoke, customize and domesticate such idioms to bolster their own anti-colonial projects, and often with remarkable internationalist aspirations.