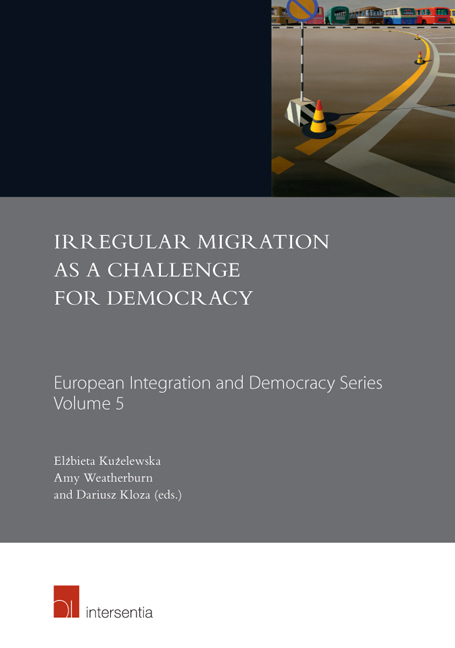 from PART I - The European Integration Project And Irregular Migration: Upholding Fundamental Values And Principles

The so-called ‘migration crisis’, which unfolded in the summer 2015, has seemed to pose, excluding the exaggerations of political discourses, a threat to the European Union's (EU) politics, security and ultimately values. Migratory fluxes are physiological and familiar to EU Member States. However, the extreme conditions resulting from the arrival and presence of a significant additional number of people in need of protection has acted as a trigger which ‘ exert[s] pressure on host countries, including their reception capacities, national asylum processes, economies and security’. Policy-makers have devoted increased attention to the study of migration, and have attempted to deal with trafficking, migrant smuggling and related exploitation at the national, regional and international levels. Despite these efforts, the International Organization for Migration has called Europe the most dangerous destination for irregular migrants in the world, and the Mediterranean the world's most dangerous border crossing. While European politicians and citizens alike have hurried to organise the response they best deemed fit to welcome (or not) the refugees, a key question has arisen for lawyers, philosophers and policy-makers in the EU: who should be held responsible for the people who seek protection?

This question has far-reaching moral, political and legal implications. This chapter focuses on the latter, with a twofold purpose. First, it discusses the question of legal responsibility of international organisations, under the Draft Articles on Responsibility of International Organizations (DARIO). Second, it seeks to contribute to a conceptualisation of the impact of the migration crisis on the role of the EU in the international sphere. In particular, the chapter discusses some of the challenges arising from the EU and Member States’ involvement in three activities: search and rescue operations; border controls; and onward journeys of migrants within the EU. It considers the relevant public international law and EU law obligations applicable to these operations in the Mediterranean Sea. Under the current DARIO, there are, in principle, two possibilities: a wrongdoing is either attributable to an international organisation, or it is not – hence, in the case of the EU, it is attributed to its Member States.