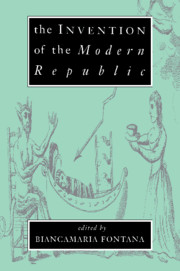 2 - Checks, balances and boundaries: the separation of powers in the constitutional debate of 1787

At times the constitutional debate of 1787 came close to an exegesis of Montesquieu's theories. Madison indeed engaged in a brief commentary of The Spirit of the Laws to refute the claim that the constitution violated the principle of the separation of powers. ‘The oracle who is always consulted and cited on this subject’, Madison wrote, ‘is the celebrated Montesquieu … Let us endeavor in the first place to ascertain his meaning on this point.’ The slightly sarcastic reference to the ‘oracle’ on the question betrayed a certain impatience. Madison nevertheless considered that the invocation of the famous name by his opponents carried sufficient weight with the public to warrant a documented rebuttal. In a subsequent Federalist Paper Hamilton reiterated that the constitution did not transgress the maxim understood in its ‘true meaning’. The Anti-Federalists, for their part, invoked repeatedly Montesquieu's axiom. Many of their pamphlets quoted The Spirit of the Laws verbatim: ‘when the legislative and executive powers are united in the same person or in the same body of magistrates, there can be no liberty, because apprehensions may arise, lest the same monarch or senate should enact tyrannical laws, to execute them in a tyrannical manner’.

Thus there is no doubt that the ratification of the constitution generated an argument over the separation of powers. Yet it seems difficult to define precisely what was in contention on this matter. Numerous studies have analysed the Federalist conception of the separation of powers and of checks and balances in isolation. The main difficulty, however, is to characterise exactly the Anti-Federalist position. To be sure, the Anti-Federalists were not a homogeneous group, nor did they have a unified leadership.