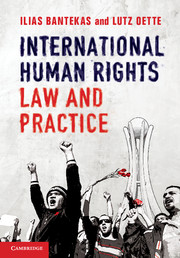 Individual complaints procedures offer a unique opportunity for individuals and groups to have claims of human rights violations considered and their rights vindicated in a judicial or quasi-judicial procedure. For NGOs and human rights lawyers, complaints procedures are an important avenue to pursue strategic objectives, in addition to supporting victims in individual cases. States, on the other hand, may find themselves having to defend allegations of specific or systemic violations. Ideally, complaints procedures act as a mirror that provides an opportunity for states to bring their practices into conformity with the respective treaty. In practice, however, states often view unfavourable decisions as unwarranted criticism, which may create difficulties at the implementation stage. The treaty bodies themselves are in theory neutral arbiters that apply the treaty provisions and rules of procedures. However, inevitably, their position as bodies created by states, and relying on states’ cooperation on the one hand and seeking the effective protection of human rights on the other, raises a host of challenges in actual practice.

This chapter is written generically from the perspective of litigants (which will mainly be referred to as applicants throughout the chapter), examining the common stages of admissibility, merits, decision, remedies and implementation that are characteristic of complaint procedures before treaty bodies (the term is used in this chapter to refer to both UN treaty bodies and regional human rights commissions and courts). Questions considered include in particular, (1) jurisdiction. Who can bring a case against whom in relation to what types of violation alleged to have been committed, when and where? (2) Exhaustion of domestic remedies: what are the reasons for requiring that a litigant take legal steps (pursue remedies) first in the state where the alleged violation occurred? Is it always clear what steps need to be taken? Are there any exceptions? Who carries the burden of proof? (3) Others: are there any time limits for submitting applications? Can a case be brought before more than one treaty body? Does it need to be written in a particular language, etc.? As for the merits, what does it take to prove a complaint? And finally, what is the nature of the decisions treaty bodies can make and the types of remedies awarded? For the post-decision phase, the chapter examines the challenge of implementation.