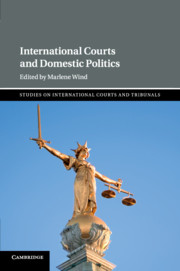 4 - It’s a Good Idea … Isn’t It? The Impact of Complementarity at the International Criminal Court on Domestic Law, Politics and Perceptions of Sovereignty

A fundamental element underpinning the structure and operation of the International Criminal Court (ICC or the Court) is the principle of ‘complementarity’, by which the Court is designed to complement rather than override domestic legal processes. As a consequence, States with appropriate jurisdiction are able to deal with alleged crimes that also fall within the mandate of the ICC instead of the Court doing so itself. Only when such a State is ‘unwilling or unable’ genuinely to do so will a matter potentially be admissible before the ICC. This principle was intended to diffuse any (perceived) threat to or interference with domestic sovereignty arising from the establishment of this permanent international judicial body. It does, however, mean that the Court may be required to make a judgment as to the integrity of certain domestic and political actions. Moreover, for a State to be able to rely on the principle, its national law must allow for the investigation and prosecution of the relevant crimes. In most cases, therefore, the implementation of the ICC Statute by a State will necessitate that its domestic legislative systems enact appropriate national law to formalise the interaction between the international judicial institution and the relevant national legal order for the purposes of dealing with such crimes.

This chapter examines how the principle of complementarity may impact national law and prosecutorial policy in practice and might therefore be interpreted (sometimes inaccurately) by States in a manner that drives their respective domestic political concerns. This in turn may also politicise the Court itself. By way of illustration, this chapter examines the circumstances leading to Australia’s eventual ratification and implementation of the ICC Statute. Australia had, prior to the establishment of the Court, been a strong supporter; however, in the end, it very nearly did not ratify the ICC Statute, following an emotional and vitriolic debate amongst Government ranks, but also extending to the broader community. The Australian experience demonstrates that, notwithstanding the initial intentions behind its crafting, and the fact that it represented a compromise intended to appease fears that it would unduly impact national political and legal processes, some States may still perceive the principle of complementarity as a threat to domestic sovereignty. As a consequence, therefore, what started out as a foundational principle that facilitated the establishment of the ICC may in fact have come to be (mis)used by States as a tool to oppose aspects of the Court’s activities.