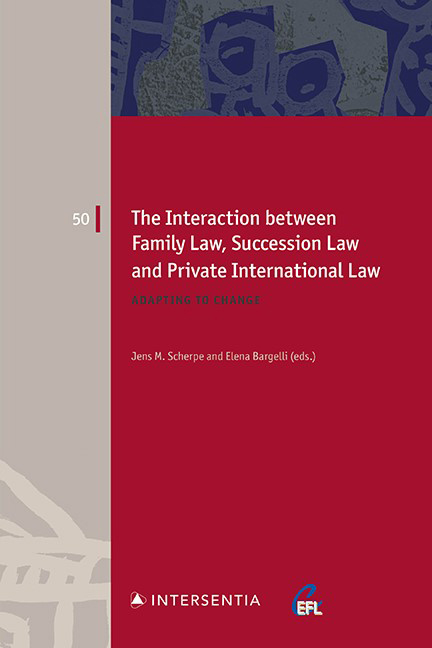 The Effects of EU Law on Family Law in England and Wales: Children First?

This chapter explores the reception and influence of EU family law legislation and approaches on family law in the UK with particular reference to England and Wales, and considers whether there is a differentiated approach to legislation affecting adult relationships as compared with that directed at children.

For the purposes of this discussion, we concentrate on the EU instrument that the UK has opted into, namely the revised Brussels II Regulation (hereinafter ‘BIIa‘), as against those which the UK has not opted into, namely the Rome III Regulation (hereinafter ‘Rome III‘) and the regulations concerning matrimonial and registered partnership property regimes. Some reference will also be made to the Succession and Maintenance Regulations.

BIIa deals both with matrimonial matters, that is, divorce, legal separation and marriage annulment, and with civil matters relating to the attribution, exercise, delegation, restriction or termination of parental responsibility. In the former case, it provides rules on jurisdiction and recognition of divorces, etc. In the latter case, it provides rules on jurisdiction, recognition and enforcement of judgments on matters of parental responsibility. In addition, it supplements the provisions of the 1980 Hague Abduction Convention as between EU Member States by providing a number of rules to tackle child abduction and facilitate the child‘s return, and, inter alia, deals with the placement of a child in another Member State.

Rome III regulates jurisdiction and introduced rules concerning the applicable law in matrimonial matters. The growth in cross-border couples or couples from one Member State residing in another Member State following the free movement principle posed problems not only on which jurisdiction could or should be seised when such couples divorced, but also on the applicable law. Rome III does not set out to harmonise the divorce laws of Member States; rather, its aim is to achieve greater certainty and predictability about which Member State‘s divorce law would apply by providing both party choice and uniform rules. However, given the lex fori approach in the UK which automatically applies domestic law where a court has jurisdiction, the need for the UK courts to apply the divorce law of another jurisdiction proved to be a step too far.