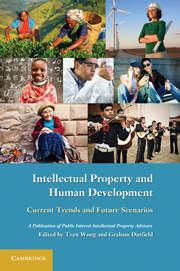 One of the major challenges of the twenty-first century is to make globalization more inclusive and equitable, to better serve the purpose of human development. In this endeavour, managing intellectual property (IP) is a key issue. Few issues were as contentious in the negotiations over multilateral trade rules. Negotiations over the Agreement on Trade-Related Aspects of Intellectual Property Rights (TRIPS Agreement) were pivotal in finalizing the 1994 Marrakesh Agreement which created the World Trade Organization (WTO), and in adopting the 2001 Doha Declaration which launched the WTO's Doha ‘Development Round’.

A core purpose of intellectual property rights (IPRs) including patents and copyrights is to achieve a balance between two potentially conflicting social objectives: encouraging innovation by recognizing private rights in intangible creations and ensuring the diffusion of new technologies and cultural works to a broad range of stakeholders. Superficially, the controversies that arise can be understood as a conflict of economic interests. The different interpretations and potentially competing objectives of IP can lead to tensions between the interests of inventors or authors and those of the public, between the technologically advanced countries and those with weaker capacities, between corporations that seek to maximize profit and the public that seeks access at least cost. But, as this book argues, much more is at stake than conflicts over material gains and losses: IP laws and policies must take on a much broader set of human development goals and concerns. The social function of IP is not only about providing incentives and rewards for creativity; it is also about ensuring that innovations, including new technologies, ultimately help to improve capabilities, sustain livelihoods and support people's fundamental rights.