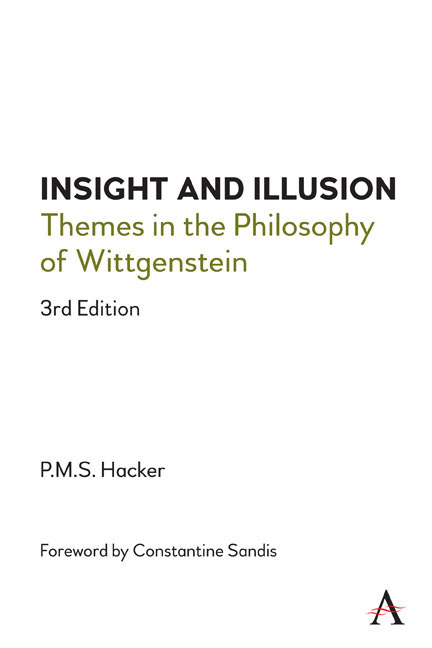 X - ‘A CLOUD OF PHILOSOPHY CONDENSED INTO A DROP OF GRAMMAR’

Can one know that one is in pain?

To try to outline the limits of the knowable is one of the traditional tasks of epistemology. Some epistemological doctrines concerning the possibility of knowledge seem both intelligible and reasonable. Kant's demand that the employment of the categories be confined to the province of possible experience if knowledge is to be achieved might be taken as an example. But on further scrutiny, what is acceptable in Kant's account is a purely logical or grammatical point about the conditions of the intelligible employment of the categories, not an independent epistemological point about the limits of knowledge. And this grammatical point is one which Kant himself violated in his insistence that one may have beliefs about objects that transcend any possible experience. Other epistemological doctrines seem intelligible without being, by our ordinary canons, reasonable. Thus the various forms “of scepticism confine our possible knowledge within limits far more restrictive than we normally entertain. However, when the sceptics’ claims are put under pressure they are typically seen to violate an array of conceptual conditions for the correct employment of expressions which are utilized by sceptics in making their epistemological claims. Hence the latter are not, appearances to the contrary, genuinely intelligible. In both cases what seem to be epistemological theses collapse into grammatical insights or confusions.

As we have seen, Wittgenstein claimed that one cannot know that one is having a given experience. One cannot be said to know that one is in pain, that one is thinking a certain thought, or that one intends to act in a certain way. This seems to be an epistemological point, drawing the boundaries of possible knowledge in a manner that is prima facie bizarre. For, he insisted, other people can and often do know that someone else is suffering, is thinking such and such thoughts, or is intending to carry out certain projects. But what they can thus know, the sufferer, thinker, or intending agent cannot himself know. And this seems decidedly odd. To a philosopher familiar with the broad tradition of European philosophy, Wittgenstein seems to be setting his face against what is most obvious.