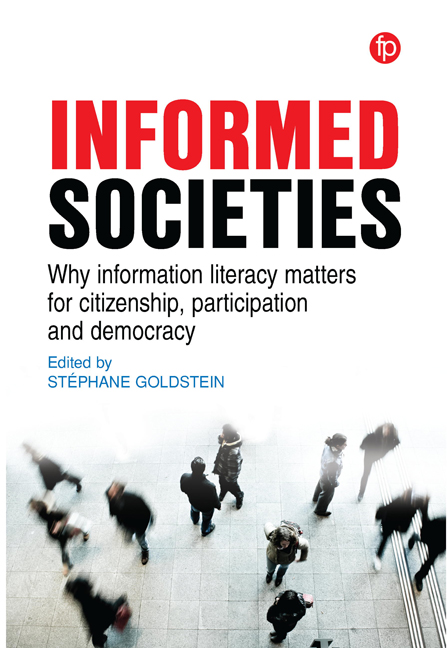 1 - Information Literacy in the Digital Age: Why Critical Digital Literacy Matters for Democracy

There is growing concern that Western liberal democracy has been undermined over the decades by citizens’ participation deficit in institutional politics and distrust of institutions and the media. More recently, in the context of Brexit and the 2016 US Presidential election, there have also been concerns about misinformation undermining citizens’ engagement in civic and political life. Inasmuch as civic and political engagement is highly mediated by the internet – at least in the West (e.g. Europe and North America) – this chapter explores the relevance of information literacy to democracy by looking at its interrelation with ‘critical digital literacy’, approached here as a set of critical abilities, knowledge and interpretations necessary for engaging with information in the digital age. After unpacking how the internet facilitates democracy while remaining subject to structural constraints, this chapter discusses what has been achieved by media research on critical digital literacy and civic and political engagement. It then draws on political research and democratic theory to discuss how the knowledge and abilities required by citizens to engage civically and politically vary, depending on how we understand democracy.

This chapter addresses gaps within media research, political science and democratic theory. It is argued that critical digital literacy can be a useful concept for democratic practice in line with different normative models of democracy, provided it is not just reduced to the ability to evaluate information in relation to trustworthiness, bias and representation. In order to contribute to the active participation of well-informed and critically autonomous citizens in democracy in the digital age, critical digital literacy needs to include knowledge about the digital environment where information circulates. It needs to incorporate an understanding of how the internet operates socio-economically along with its potentials and constraints for democracy, politics and civic and political participation.