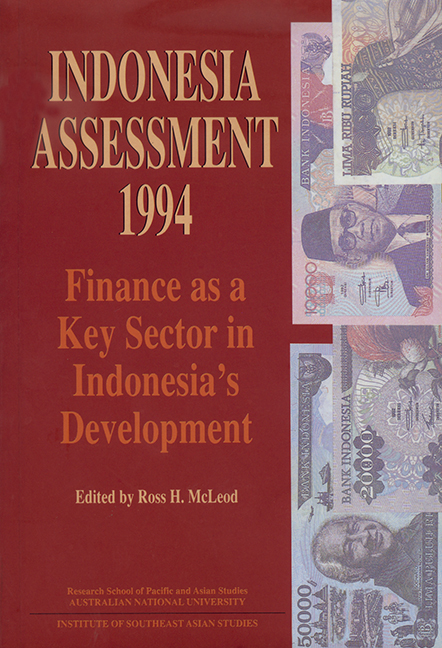 3 - Organising the transition: Indonesian politics in 1993/94

from PART A - ECONOMIC AND POLITICAL DEVELOPMENTS

With the excitement of parliamentary elections in 1992 and the Presidential election in 1993 out of the way, it may appear on the surface that political life in Indonesia during 1993-94 had paused for breath. Yet to some extent formal political events like elections are, in any country, distractions from the real business of politics, and in a very real sense the year just passed can be seen as one in which the fundamental political debates, conflicts and issues of contemporary Indonesia were to reassert themselves.

For some time the overriding focus of political activity in Indonesia has been upon the tasks of managing and influencing the succession to the post-Soeharto era. For the various elites of wealth and power that have emerged under the New Order, the examples of transition in the former Soviet Union and Yugoslavia have been particularly salutary lessons. If one objective binds them together it is a determination that the transition should be orderly, and that the essential features of the social order remain intact. Yet, despite their agreement on stability and order as primary objectives, there is a wide range of views within elite circles about how the transition should be organised, the roles that various groups and interests should play, and the form that the new political regime should take.

The system of authoritarian corporatism dominated by the so- called iron triangle of President, military and bureaucracy which has characterised much of the New Order period has already undergone important changes. Although the veto power of the military should not be underestimated, nor its coercive apparatus considered dispensable to the present government, its influence has clearly faded. At the same time, there has been an increasing concentration of political and economic power in the hands of important families emerging from that strata of politico- bureaucrats dominating the state apparatus. The succession, therefore, involves more than political mechanisms or a change of leadership; it is about constructing a new political shell for social forces incubated in the past three decades.