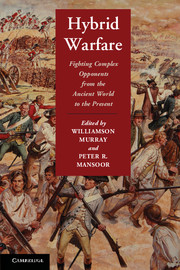 3 - Keeping the Irish Down and the Spanish Out

In September 1601, a Spanish army landed on the south coast of Ireland, in support of the Irish rebellion sometimes named for its principal leader, the earl of Tyrone or Hugh O’Neill (the conflict is variously called O’Neill's Rebellion, Tyrone's Rebellion, or the Nine Years’ War). The English had been struggling with O’Neill since 1594 and with the Gaelic Irish in general for a good deal longer. For the most part, their wars with the Irish had been with an “unconventional” enemy – one who preferred to rely on rough country, ambush, and raid, and who avoided open battle, especially open battle against the heavier English horsemen.

O’Neill, however, had begun to build a more conventional force, armed with pike and shot like his English enemies, even as he also continued to rely on other Gaelic lords who still fought in the traditional Irish way. In the terms of Mao Tse Tung's theory of protracted warfare, O’Neill had begun to create a conventional force with the ability to fight positional territorial warfare. The Spanish arrival in Ireland, with a naval capability and an artillery train, markedly increased the threat to English rule. Now the war was a hybrid one indeed: The English simultaneously faced their old guerrilla-like Gaelic adversary, O’Neill's transformed conventional force, and the most modern and formidable army in Western Europe. Furthermore, at least in theory, additional Spanish reinforcements could land anywhere on the island. English strategic calculations in this situation, however, reflected not only the desperate and complex military situation presented by a hybrid coalition enemy but also their own long history in Ireland.