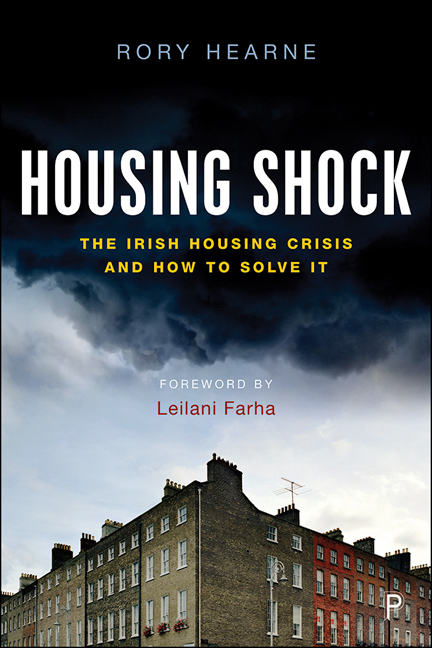 ‘To the people of Ireland. To the renters worried about eviction or the next rent hike from their landlord, to the couchsurfers, the overcrowded, the aspirant home owners, the distressed mortgage holder, to the homeless in emergency accommodation and on our streets, to the commuter, the student, the disabled, the Traveller, and those in direct provision [housing for asylum seekers]. Today, we declare to you – we cannot be silent. We can no longer be silent to your suffering and the suffering of our fellow citizens. Today we have stood up and declared – that we, the people of Ireland, do not accept homelessness and the wider housing crisis as normal. We do not accept our fellow brothers and sisters being left to die on our streets for lack of homes. And because our Taoiseach [Prime Minister] and our government have shown themselves unwilling to take this crisis seriously, we are out here on the streets – we, the citizens of this Republic – we will do what this government is unwilling to do and so we declare the housing crisis a national emergency.’ (Excerpt from a speech given by the author at the MyNameIs homelessness protest concert outside Dáil Éireann, the lower house of the Irish parliament, December 2017)

Our housing system in Ireland, and housing systems across the world, are experiencing a structural ‘shock’. We are in the midst of an unprecedented housing and homelessness crisis. This is visible in the dramatic increase in housing inequalities and exclusion, from the rise in homelessness, mortgage arrears and foreclosures, to the collapse in home-ownership rates and, in particular, the emergence of ‘Generation Rent’ and ‘Generation Stuck at Home’. This new Generation Rent is being locked out of traditional routes to affordable secure housing such as home ownership, social housing and secure low-rent housing. They are being pushed into private rental markets with unaffordable high rents and insecurity of tenure, or forced into hidden homelessness, couchsurfing, sleeping in cars, or pushed back to live with their parents.

Ireland has had the largest fall in home ownership rates among European Union (EU) countries in the past three decades.