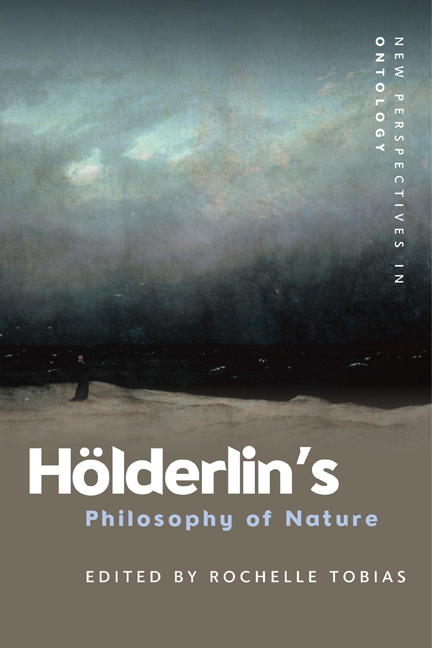 8 - Hölderlin's Mythopoetics: From ‘Aesthetic Letters’ to the New Mythology

Like his contemporaries, Friedrich Schiller and Friedrich von Hardenberg (Novalis), Friedrich Hölderlin's approach to poetry was deeply informed by his philosophical thought. While Hölderlin has long been regarded as a philosophical poet, his most influential philosophical interpreter, Martin Heidegger, severed his poetry from the context of German idealism. In recent decades, in contrast, Hölderlin has come to be identified not only as a philosophical poet but also as a crucial figure in the development of post-Kantian philosophy (in important respects anticipating and influencing Friedrich Schelling and G. W. F. Hegel). However, there is still a need for further research on the precise and complex connections between Hölderlin's philosophical views and his poetry. The present essay gives particular attention to how Hölderlin's aesthetics informs the mythological dimensions of his poetry.

Hölderlin's philosophical aesthetics underpinned his poetry and also played a decisive role in the emergence of absolute idealism – in contradistinction to subjective idealism. While Hölderlin, Schelling and Hegel followed Kant and Fichte – and earlier, Descartes – in granting a pivotal place to the thinking subject, their deepest concern was to overcome the opposition and dualism between subject and object and to articulate the ultimate unity of mind and world, which they termed the ‘Absolute’. With regard to the philosophical importance granted to poetry and, more specifically, mythology, as well as a shared interest in articulating a deeper unity between mind and nature, there is an especially close proximity between Hölderlin and Schelling. (Their shared views, as I later elaborate, are vitally relevant to our contemporary situation of ecological crisis.) Hegel, relative to the Romantics and Hölderlin, is known for lowering the status of art in comparison to philosophy; art, according to Hegel, has twice been superseded – by the Christian religion and the philosophy of absolute idealism – as a form of Absolute Spirit. It is remarkable that Hegel nevertheless identifies the crucial role that aesthetics plays in the emergence of the philosophical standpoint of absolute idealism.

In his lectures on aesthetics Hegel explains that it is Schiller, especially in his On the Aesthetic Education of Humankind in a Series of Letters (1795), who makes a decisive breakthrough towards absolute idealism by demonstrating how the beautiful reconciles oppositions that are not yet fully reconciled in Kant's aesthetics.