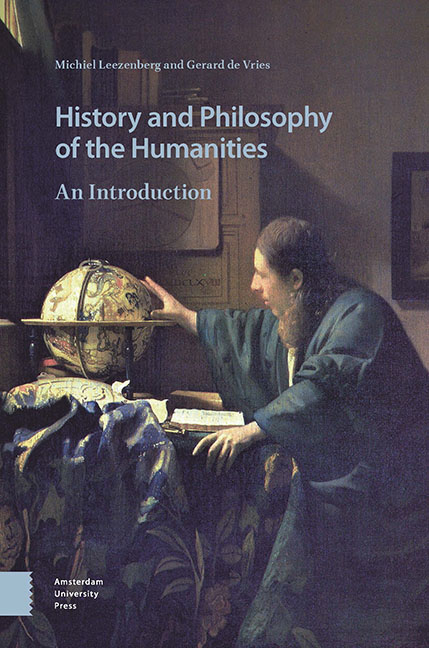 7 - Between Hermeneutics and the Natural Sciences: In Search of a Method

In the nineteenth century and the first half of the twentieth century, the humanities were continuously concerned with justifying their newly autonomous position with respect both to the natural sciences and to the social sciences. Institutionally, they tried to prove that they did indeed belong in a separate faculty, and philosophically, they struggled primarily with their Kantian heritage. As seen above, the latter's subject-object scheme made it difficult if not impossible to know man as a subject in the same way as the objects of the physical and living natural world. Although humanities scholars greatly respected the natural sciences, many of them increasingly felt that these disciplines were not able to grasp what is essential to man.

It is against this background that the *hermeneutic, or interpretative, humanities arose. Whereas the natural sciences try to observe and explain external phenomena, the modern humanities look at phenomena as the expression of inner meanings and values. The hermeneutic tradition, however, has a completely different view of meaning and interpretation than the logical empiricists discussed in chapter 2. Moreover, there was little if any consensus even within this tradition as to exactly how the natural sciences and human sciences differ and what they have in common. Another influential philosophical current of this period is neo-Kantianism, which phrases the distinction between the human sciences and the natural sciences as either involving different forms of concept formation or in terms of different symbol functions. The famous and controversial new science of psychoanalysis elaborates an uneasy compromise between interpretation and natural scientific observation. All of these approaches share a background in Kantian thought, which dominated nineteenth and early twentieth-century German philosophy and as such also informed various other disciplines.

Interpretation is one of the most common everyday human activities, but at the same time also one of the most enigmatic. We regularly ask ourselves ‘what something means’, ‘what somebody means by that’, and the like, not only of linguistic utterances but also of various other kinds of action.