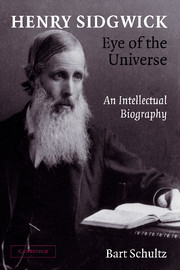 Both the last talkers deal much in points of conduct and religion studied in the ‘dry light’ of prose. Indirectly and as if against his will the same elements from time to time appear in the troubled and poetic talk of Opalstein. His various and exotic knowledge, complete although unready sympathies, and fine, full, discriminative flow of language, fit him out to be the best of talkers; so perhaps he is with some, not quite with me – proxime accessit, I should say. He sings the praises of the earth and arts, flowers and jewels, wine and music, in a moonlight, serenading manner, as to the light guitar; even wisdom comes from his tongue like singing; no one is, indeed, more tuneful in the upper notes. But even while he sings the song of the Sirens, he still hearkens to the barking of the Sphinx. Jarring Byronic notes interrupt the flow of his Horatian humours. His mirth has somethng of the tragedy of the world for its perpetual background; and he feasts like Don Giovanni to a double orchestra, one lightly sounding for the dance, one pealing Beethoven in the distance. He is not truly reconciled either with life or with himself; and this instant war in his members sometimes divides the man's attention. He does not always, perhaps not often, frankly surrender himself in conversation. He brings into the talk other thoughts than those which he expresses; you are conscious that he keeps an eye on something else, that he does not shake off the world, nor quite forget himself. Hence arise occasional disappointments; even an occasional unfairness for his companions, who find themselves one day giving too much, and the next, when they are wary out of season, giving perhaps too little.